Microbiology is an open book to biology professor Joan Slonczewski. She wrote it.

Microbiology: An Evolving Science is an undergraduate textbook about microbiology co-authored by Slonczewski, who spent seven years on the project. Describing microbiology was as stimulating to her as writing her acclaimed science fiction novels.

"During the period I wrote this book, there were more exciting things going on in microbiology than there were in science fiction," she said. "There's a lot of storytelling. You tell a story about the microbe and how microbes relate to each other."

Her interest in the unseen mechanics of life has led to research prominence in how Escherichia coli bacteria survive in extreme acid or base environments. With the help of student researchers, Slonczewski seeks to identify genes and proteins regulated by acid and base, possibly targets for the design of new antibiotics. She's also exploring Bacillus subtilis and genes relevant to anthrax and bacterial insecticides.

That her research has some medical relevance is a balm to her parents, who encouraged her to pursue medicine. Her father is a physicist.

"I was interested very early in cell biology," she said. "I think that was because when I was growing up very few books were in color and one of the first children's books I read that was in color was a book about the human body. I got interested in that."

Books have continued to be life markers for Slonczewski. Her reading of classic literature helped spark her interest in writing. Her bedrock knowledge of science and global concerns brought forth a string of science fiction novels contemplating nuclear holocaust, how humans relate to their environment, and the essence of humanity.

"My first really successful book was A Door into Ocean, about two cultures and each considers the other inhuman or alien. So there were gender issues and sort of ethnic, genetic issues behind that," she said. "My most recent book, The Highest Frontier, is based at a college that orbits the Earth, a planet altered by global warming and contending with an invasive alien species."

Writing is a solitary affair, and teaching is a communal experience. Interaction with students is enlightening to Slonczewski. "I'm interested in how people interact with science, so I enjoy learning from students as well as teaching them." 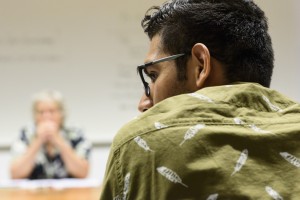 Lodish in the Lab

A leading researcher in cell membrane proteins, Harvey Lodish '62 is eager to leave a scientific legacy at Kenyon. 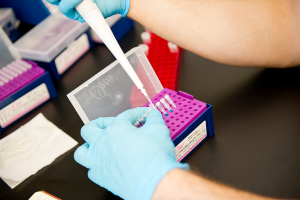 Cecina Babich Morrow '18 wins the prestigious Goldwater Scholarship to support her career in the sciences. 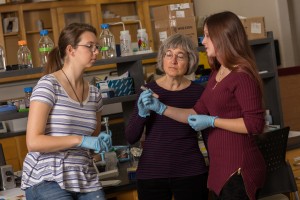 Kenyon students try to evolve an Earth microbe to grow in Mars soil. 12 Things We Learned During the Bell-A-Thon

The Church of the Holy Spirit's bells rang 526 times to represent each donation to the Kenyon Fund during the College's second Bell-A-Thon on Nov. 29. 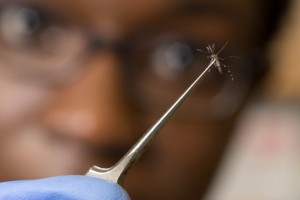 Students share expertise on the Zika virus in a recent panel discussion. 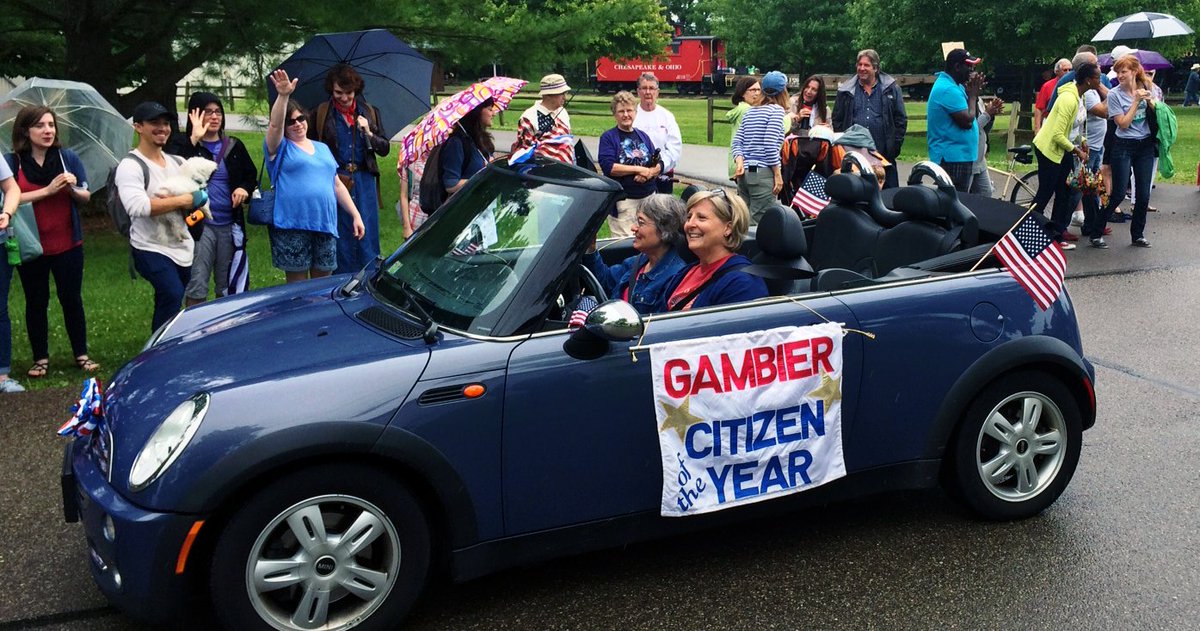 Congrats to Prof. Joan Slonczewski for being named Gambier's Citizen of the Year at today's #FourthofJuly parade! https://t.co/kKgBaE8US9 A biology professor’s bacterial samples collected from an Antarctic lake were chosen for genetic mapping at a federal lab. Professor of Biology Joan Slonczewski chronicles her adventures in Antarctica in a blog. A biology professor helps explain the outbreak of the deadly virus. Professor of Biology Joan Slonczewski will examine the effect of climate change on algae and microorganisms. 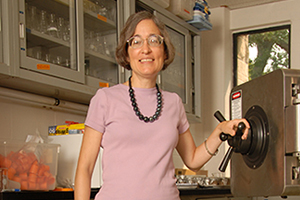 Evolution Under a Microscope

Kenyon in the News