Kenyon students shared their research and insight into the Zika virus during a panel discussion Tuesday, Oct. 25, in Higley Hall Auditorium.

Titled “Zika Virus: The Real Story,” the panel provided facts about the virus, how it is transmitted and what solutions are being developed to combat it. Rouhier, a biochemist who studies mosquitoes, began by remembering an outbreak of La Crosse Encephalitis in the 1970s, noting that Gambier is a “textbook case of how a community eradicated a mosquito disease.” At the time, Gambier had the highest prevalence of the disease in the nation. With the help of the Centers for Disease Control and Prevention, community members united to rid the area of potential breeding grounds for mosquitoes.

Camperchioli, a neuroscience major from Brecksville, Ohio, detailed the composition of Zika and its consequences. Comparing it to dengue fever and West Nile virus, he described how Zika causes flu-like symptoms in carriers, though some never show symptoms. Fetuses are at the highest risk of permanent damage because Zika causes microcephaly, a condition in which a baby’s brain improperly forms.

Corcoran, a biochemistry major from Rocky River, Ohio, discussed how the virus’s widespread transmission is more likely to come from traveling humans than mosquitoes, which cannot travel very far. An infected human may travel to another region and get bitten by a mosquito, which could then transmit the virus to other nearby humans. The virus also can be sexually transmitted.

DeBrosse, a molecular biology major from Indianapolis studying mosquito physiology, addressed the risk of contracting the virus. Climate change severely impacts transmission of the virus, she said, since increasing temperatures cause a longer breeding season for mosquitos. She also said impoverished cities are more likely to be hotbeds of the illness, noting that some buildings in those areas have faulty infrastructure or are abandoned, increasing the likelihood of becoming mosquito breeding grounds with standing water.

Currently there are no treatments for microcephaly, according to Camperchioli. DeBrosse said researchers will ideally develop a vaccine that codes for proteins in the virus and helps one’s body produce antibodies and T-cells to fight Zika.

Genetically modified mosquitoes may also prove to be a solution. Female mosquitoes are the only ones who bite, and by extension transmit the virus, so scientists may try to engineer a dominant wingless gene in females so transmission will be more difficult. 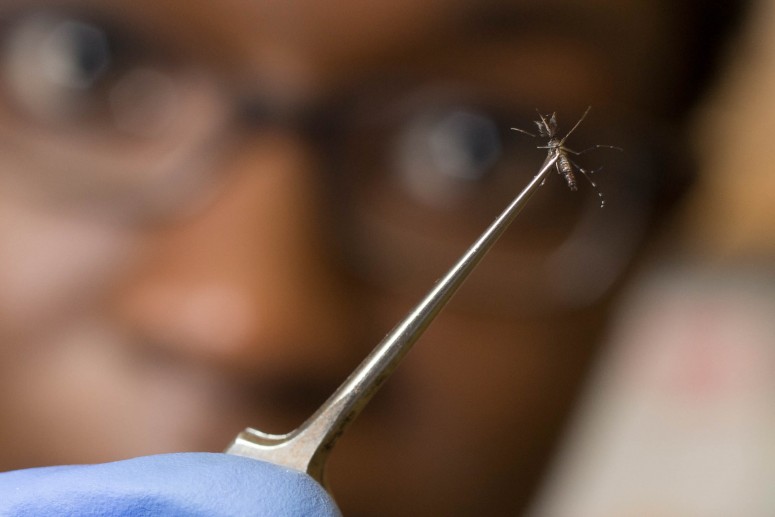 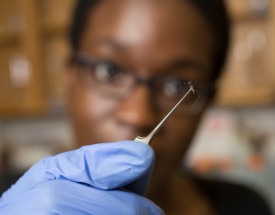