Siobhan Fennessy is in her element sloshing through wetlands.

And collaborating with Kenyon students on research studies that lead to published journal articles, with the students as co-authors.

And shaping the national research agenda for scientists in the field of water resources.

Few ecosystems are as fascinating—and as important—as wetlands. And few scientists know more about them than Fennessy, a biology professor who has taught at Kenyon since 1998. A leading researcher who has worked at field stations in Europe as well as at the Ohio Environmental Protection Agency, Fennessy studies many aspects of wetland ecology.

In the spring of 2013, she spent three months in Spain as a Fulbright Scholar, working on ways to measure the health of Mediterranean wetlands as part of an effort to implement sustainable environmental policies. In 2011, she was chosen to serve on the Water Science and Technology Board of the National Research Council. The board, a prestigious panel of scientists, provides guidance to researchers nationwide. She has also served on an expert panel on wetlands for the U.S. Environmental Protection Agency (EPA), and was invited to develop a wetland assessment method to be used by the EPA in gauging wetland ecological conditions.

Over the years, Fennessy has received nearly a million dollars in grants to support her research—and that research invariably includes Kenyon students. Recently, for example, with a three-year grant from the U.S. Department of Agriculture’s Natural Resource Conservation Service (NRCS), she and her students sought to quantify the effects of restored wetlands on improving surface water quality. Their work focused on the impact of runoff from Midwestern farms on aquatic health in the seafood-rich Gulf of Mexico.

“These watersheds in the Midwest corn belt are some of the biggest nitrogen exporters in the country,” she said, “so you can address a relatively small geographic area and do a lot of good.” Nitrogen-laden runoff from Midwestern farms finds its way, via the Mississippi River, to coastal Texas and Louisiana, where it contributes to the creation of “dead zones” in the Gulf.

The NRCS has paid farmers to take marginal farmland out of production and restore wetlands, so as to filter excess nutrients out of the surface water before it gets into streams and rivers. Fennessy, along with her students and a colleague in Indiana, sought to determine which of the taxpayer-supported wetlands had the greatest impact.

Fennessy, who co-directs the Brown Family Environmental Center at Kenyon, worked as an environmental specialist for the Ohio Environmental Protection Agency before coming to Kenyon. She wrote the state rules protecting wetlands and developed the state’s wetland biological assessment program. She has also taught at University College London and done field research at a biological station in southern France.

She is the co-author of two major books, Wetland Plants: Biology and Ecology, and The Environment: Science, Issues, and Solutions. 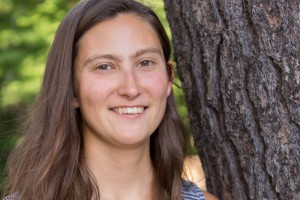 Students team up with a leading expert on wetlands to save ecosystems from toxic runoff. 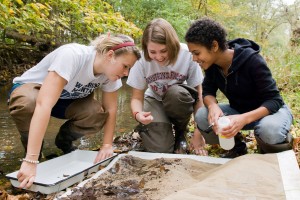 Professor of Biology Siobhan Fennessy works with students past and present to investigate the importance of wetlands preservation.

What will happen to the Clean Water Act under the next administration? Prof. Siobhan Fennessy weighs in @NatGeo:… https://t.co/LitU1W5zwA 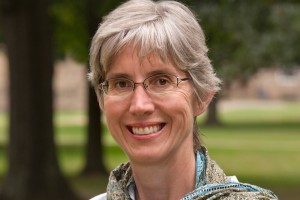 A U.N. panel taps Professor of Biology Siobhan Fennessy for an assessment of the global environment. 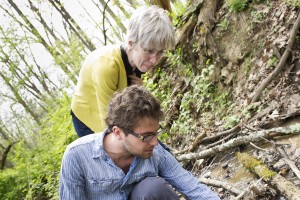 Research by Professor of Biology Siobhan Fennessy shows environmental benefits of converting farmland back to wetlands.