The Kenyon College Board of Trustees discussed long-term capital projects and planning for the next comprehensive campaign during its Oct. 22-23 meeting.

Chaired by Brackett B. Denniston ’69 for the first time and meeting in Gambier, the board hosted a presentation by Graham Gund ’63 H’81, president of the architectural firm Gund Partnership, based in Cambridge, Massachusetts, and David Zenk, a principal at the firm.

Gund shared his vision, based on the Campus Master Plan that was updated in 2014, for a reinvigorated South Campus with a West Quad that features a new library conceived as an academic commons; an academic building; a new home shared by the Office of Admissions and College Relations Division; and an underground parking facility with the capacity for about 300 vehicles that would add green space to the campus. Gund described the West Quad project as a synthesis of the goals of the master plan and the Kenyon 2020 Strategic Plan developed by President Sean Decatur with input from alumni, faculty, staff and students.

The academic commons would function as a multi-tasking, cross-discipline information center with technological flexibility and a smaller footprint than the Olin and Chalmers libraries. The main collection of books and multimedia titles would share a larger space for the Greenslade Special Collections and Archives. With meeting spaces and a central atrium under a glass ceiling, the library is proposed as a hub for student life and student services, including the Career Development Office, the Center for Innovative Pedagogy, Student Accessibility Support Services and the Writing Center.

Gund also discussed his vision for an English Quad, adding two buildings near Lentz House, including a classroom and seminar building and a faculty offices building, and for student housing and retail improvements in downtown Gambier.

The board will continue to discuss the feasibility, design and implementation of proposed capital improvements throughout the year.

The board later heard a report from Chief Business Officer Mark Kohlman on the final phase of the Middle Path restoration project, scheduled to begin between the College Gates and Brooklyn Street after Reunion Weekend, which concludes May 29, 2016. The second phase of the project, on South Campus, wrapped up over the summer, bringing stabilized gravel for universal accessibility and better drainage to the path and improving appearance through new lighting and benches. The path renovation was launched in 2014 north of Brooklyn Street to Bexley Hall. That work concluded in spring 2015 with the planting of 50 trees.

A report on the planned capital campaign was shared with the board by Heidi McCrory, vice president for college relations, and campaign consultant Eric J. Snoek, vice president at Grenzebach Glier and Associates, headquartered in Chicago. A feasibility study, including meetings with trustees, alumni and friends of the College, is underway and will conclude in time for the February meeting of the trustees, when a campaign goal will be recommended and campaign activity formally approved.

In other action, the trustees: 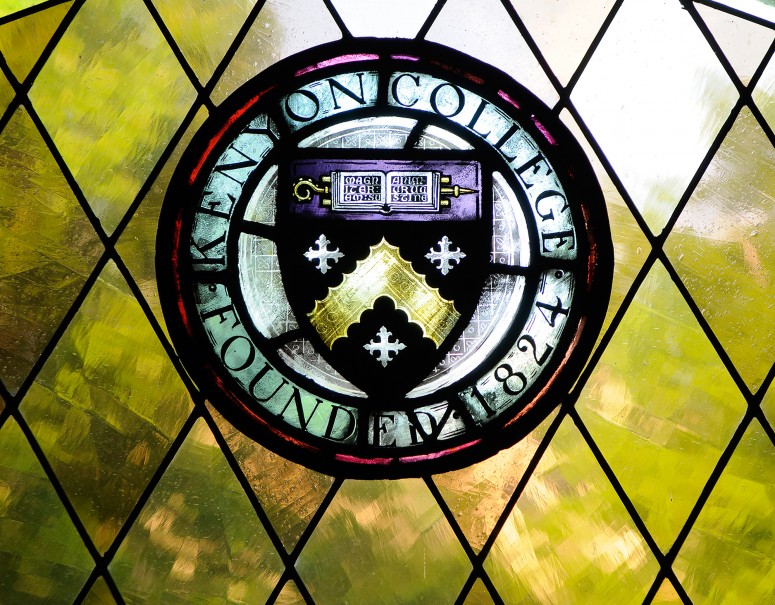 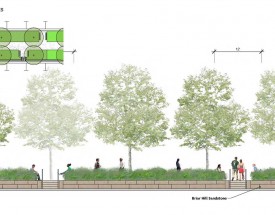 Path to the Future

The final section of the Middle Path restoration project includes improved landscaping and a café terrace. During its October meeting, the Kenyon College Board of Trustees approved the promotion of two faculty members to full professor.

More about the Kenyon Board of Trustees October meeting. Kenyon moves into a new era of endowment management Jan. 1 when a private firm begins oversight of the College investment program.

More about changes in the Kenyon investment program.
Join our path forward.
Give To Kenyon
Loading