Kirsten Reach '08 knows all about the imminent death of the book, the coming extinction of independent bookstores, the survival struggles of literary fiction, and the impossibility of combining a love of reading with an actual career.

She doesn’t seem to have time to mourn, though. She’s too busy discovering writers, signing them up to publish, editing their manuscripts, and bringing their books to life. She reads, reads, reads. And will tell you that, despite the very real troubles afflicting the publishing world, “it’s a wonderful time to be a reader.”

For Reach, books—and careers in books—are very much alive.

Reach took her English degree—and her experience as an intern with the Kenyon Review—straight to New York, where the Columbia Publishing Course at Columbia University and some networking with other Kenyon graduates helped her get a start in publishing. In assistant editing positions at Henry Holt & Company and then Grand Central Publishing, she worked on titles by such authors as Jane Goodall (the renowned primatologist and conservationist) and Hilary Mantel (whose 2009 novel Wolf Hall won the coveted Booker Prize in England).

Since early 2013, she’s been one of three editors at the Brooklyn-based publisher Melville House, working on both fiction and nonfiction. Melville House counts two Nobel Prize winners on its list (Imre Kertész and Heinrich Böll), is known for re-introducing the work of forgotten international writers, and prides itself on discovering such new talents as novelists Christopher Boucher (How to Keep Your Volkswagen Alive) and Lee Rourke (The Canal).

“I love reading an article or story in a literary magazine and writing a letter to that writer encouraging her to expand the project,” Reach wrote in an email interview. “My goal here is to bring more debuts to the list, more women, more people of color.” In addition to working with authors, translators, and agents—as well as with the publisher’s marketing, publicity, and art departments—she posts regularly on the Melville House blog, MobyLives.

What does she look for in a book? Her answer reveals both a literary sensibility and savvy about marketing realities. She notes the importance of “a strong voice, a sense of narrative pull, compelling characters, the rhythm of the language.” She also points out that nonfiction ideas are more likely to sell if they feature “an unusual industry, something people are curious about," touch on a pressing social issue, or if the author already has an audience, perhaps through a blog or some other media platform.

Despite the rise of e-books and other trends that have weakened traditional book sales, Reach knows that the digital realm offers new riches to readers. “You can easily follow your favorite writer and curate an RSS feed of publications you want to follow,” she wrote. “Ideas are circulating in a new way.”  She points out that Melville House publishes “hybrid books,” free digital editions that include related articles and other research.

Publishing, she feels, can be an ideal field for a liberal arts graduate. “You get to work in a myriad of fields all at once. If Kenyon presented you with a hundred different flavors, and you wanted to try a little bit of everything, this job is like an ice cream sundae.”

The editors and staff of the Kenyon Review share their summer reading recommendations. 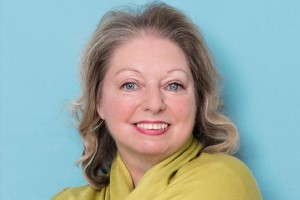