The first film classes were held in the Wright Center during the spring of 2017 following a $6 million restoration of the historic 1910 warehouse. A shuttle runs regularly between campus and the Center.

The screening room on the third floor seats 35 and is an excellent venue for film screenings and class critiques. The Senior Seminar meets there to review and give feedback on thesis projects. Directing and cinematography courses also meet there to discuss student films, hear director presentations and discuss other aspects of the production process. Three soundproof editing suites are also available for students to use, and the second and third floor hallways provide space for students to work or meet in production teams. 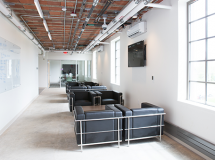 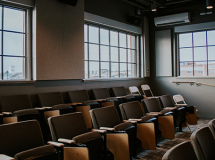 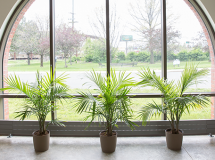 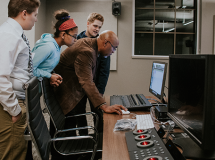 As Kenyon marks 50 years of coeducation, alumnae share how Kenyon has shaped their lives and careers.

Gotta Get Down To It

The first original feature film to be produced by Kenyon’s film department premieres at the Hill Theater.

Cutting to the Chase