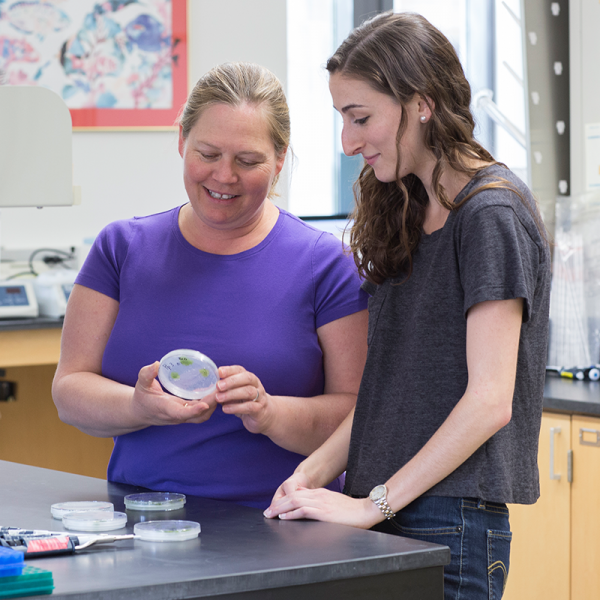 Hicks, who came to Kenyon in 1999, specializes in the regulation of reproductive development in land plants in response to photoperiodic seasonal cues. She teaches courses in genetics and developmental biology as well as introductory lecture and lab classes. Hicks earned her bachelor of science at Swarthmore College and her doctorate at the Massachusetts Institute of Technology.

In nominating Hicks, colleagues praised her for “transforming educational practice for many of us across the [natural sciences] division” and her “firm belief that each of your students has the ability to excel in science.” Students noted that Hicks “puts responsibility on students to take their experience into their own hands” and encourages them to “become the best scientists and people that they can be.” 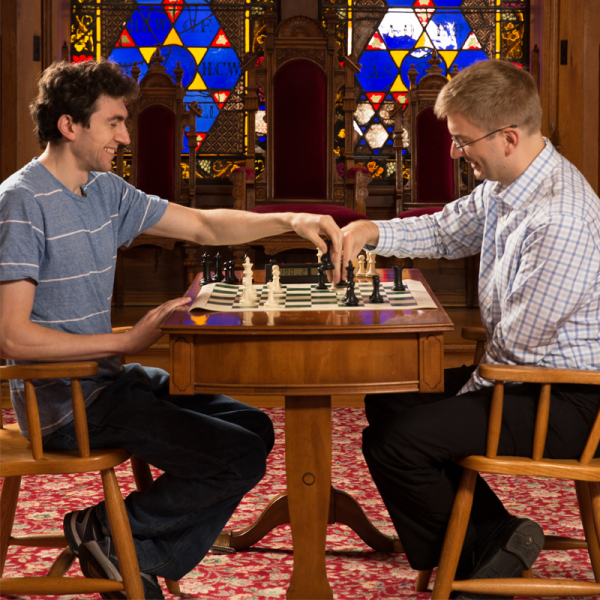 After graduating from Kenyon in 2002 and earning a master of arts and doctorate from Princeton University, McGavran joined Kenyon’s faculty in 2010. McGavran teaches Russian language and literature courses, and his research interests include 20th-century Russian poetry and poetics, poetic translation, Soviet-era prose and theories of the comic.

One student wrote that McGavran is “unendingly excited about Russian language, culture and literature,” inspiring students to share the same passion. 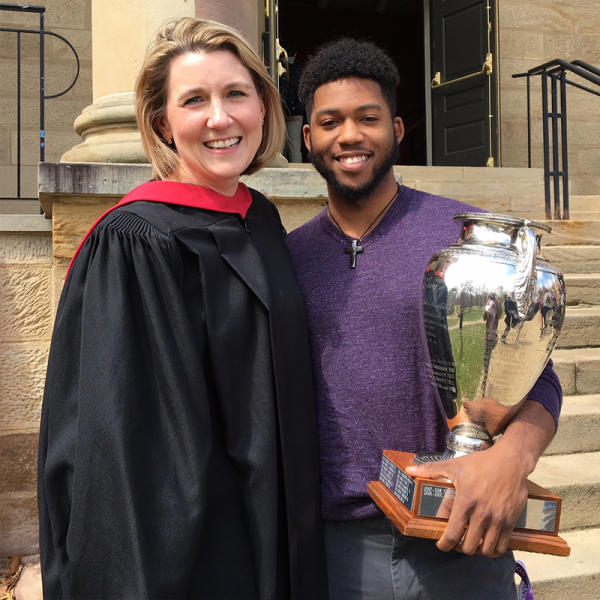 The highest honor for a Kenyon student, the E. Malcolm Anderson Cup, was awarded to Eric Sutton III ’18, an international studies and sociology double major from Indianapolis. The cup is awarded to the student who is considered to have contributed the most to the College during the previous academic year. Sutton is a member of the men’s track and field team, has served as president of the Black Student Union and has performed with Kenyon’s Gospel Choir.

This year’s Martin Luther King Jr. Humanitarian Award was won by Juniper Cruz ’19, an English major who also manages the Snowden Multicultural Center. Spanish major Sebastián Chávez Erazo ’18 won the Doris B. Crozier Award, which honors students who “develop major changes for the betterment of the social and intellectual life of the student body,” and Jenna Rochelle ’18, an anthropology major, won the Middle Path Partnership Award for Community Service.

Battle, who was awarded an honorary doctorate of laws, majored in international studies at Kenyon and was herself a winner of the Crozier Award and Anderson Cup. After graduating law school, she devoted her career to human rights issues, and returned to her native Louisiana to help communities of color recover from the devastation of Hurricane Katrina. She received Kenyon’s Alumni Council Humanitarian Service Award in 2006.