John Green ’00, who says Kenyon helped shape parts of his young adult best-sellers, will give the 2016 Commencement address.

"I am so excited to deliver the Commencement address,” he said Tuesday, Nov. 17, in a statement to the College. “It's such an honor to be invited to speak, given that it took me more than four years to graduate from Kenyon. This was not a future I imagined at my own Commencement, and I look forward to it."

Green, who stayed an extra semester to earn lost credits he missed when sick with whooping cough, has said that he visualized the Church of the Holy Spirit for the setting for part of his book The Fault in Our Stars, which has legions of teenaged fans and crossover adult appeal. A double major in English and religious studies, Green drew on his religion classes for his first novel, Looking for Alaska.

Looking for Alaska is his latest book to be turned into a movie, opening in 2016. Film versions of The Fault in Our Stars and another hit novel, Paper Towns, came out within the last two years.

Ahead of the Twitter announcement, students in the Class of 2016 learned the news at Senior Soiree, a semi-formal reception that is a Kenyon tradition.

Senior class President Trevor Kirby, of Ventura, California, said the College could not have picked a better speaker.

“Apart from being a cherished writer, as a Kenyon College alumnus, I'm sure John Green will not only tailor his speech to the Kenyon experience but also provide insight on life after Kenyon."

Green also is known for the YouTube video blog he creates with his brother, Hank, called vlogbrothers, which has had more than 570 million views since it started in 2007. Fans are known as nerdfighters, whom the brothers say are pro-nerd, and get together to work on projects that help a variety of causes for the Greens’ effort to “decrease world suck.”

At Green’s graduation, the speaker was Robert Pinsky, then U.S. poet laureate and a professor at Boston University. The 188th Commencement will take place May 21. 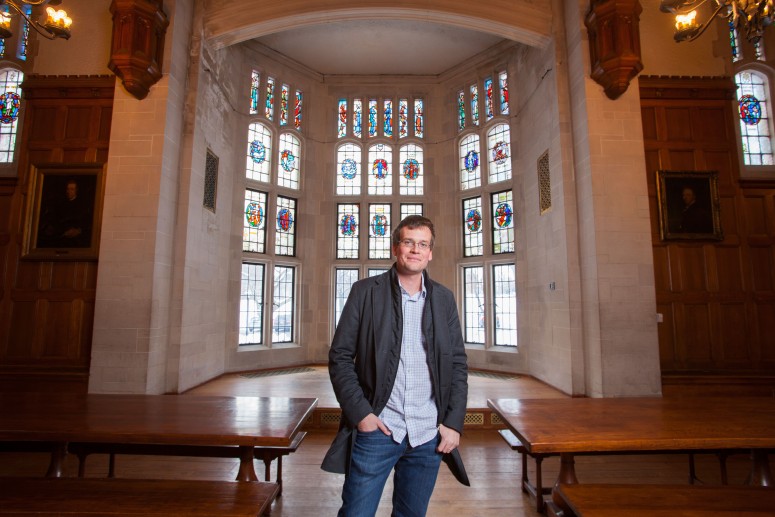