Working toward a reunion of science and prose, the Kenyon Review commences the “Writers on Writing” lecture series Thursday, Feb. 12, at 4:10 p.m. in the Cheever Room of the Finn House. The series opens with Professor of Biology Chris Gillen presenting his book, Hidden Mechanics of Exercise.

The series, featuring one speaker a semester, will focus on the connections among creative writing and  other academic fields, beginning with the genre of scientific writing.

“I would say that scientific writing and literary writing are often quite different,” said Natalie Shapero, associate editor for the Review. “But what we're aiming to highlight now on campus is the power and possibility of literary writing about science, and how the scientifically minded among us might write for general audiences about complex concepts, using the same considerations of diction and device that make great literature endure.“

Gillen, whose book on the inner molecular workings of exercise drew on his training as an ultra-marathon runner, began his literary project after participating in the Review’s Writers Workshop. In his presentation, he will discuss “some of the strategies that I used to make complex technical material accessible to a broad audience, and probe some of the challenges and problems I encountered trying to employ those strategies.”

The difficult process of accessible scientific writing ties into the Review’s upcoming May/June issue, which features a section devoted to “ecopoetry,” poetry that engages with environmental science. The Review will bring in three published ecopoets to discuss the genre for Poem in Your Pocket Day on April 30.

Shapero hopes that the Review’s efforts will jumpstart “a larger conversation about science writing.” Shapero said the publication’s redesign “is permitting us to take editorial decision-making in new directions, seeking out literary writing in all genres and disciplines.” 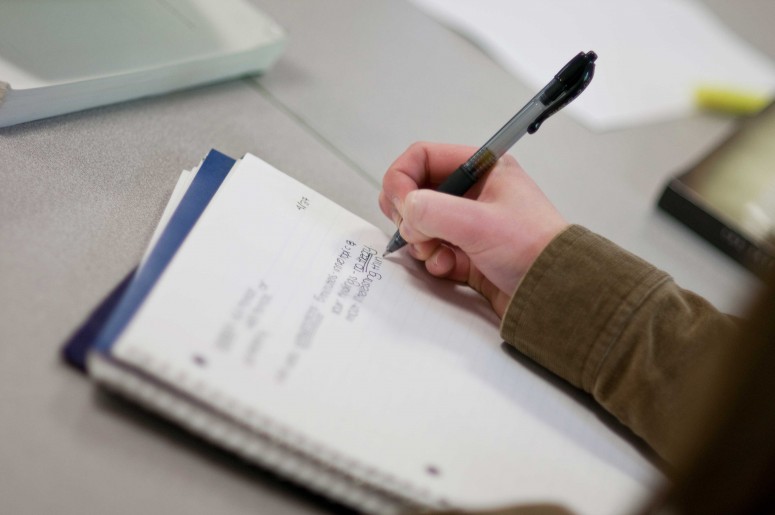