While your liver “is like an adult cat lazing away a sunny Saturday,” muscle tissue “is a kitten—apparently unconscious one moment and then somersaulting hysterically the next.”

One of the secrets of excellent science writing for the general public is the skillful use of analogies. It’s not as easy as it might seem. The comparison has to be clear and common enough to be grasped by the nonspecialist reader. Ideally it should evoke a vivid image, and it must be apt—that is, true to the science.

Professor of Biology Christopher M. Gillen works magic with analogies. And magic is a fitting analogy here, because that, in a sense, is the subject of Gillen’s book, The Hidden Mechanics of Exercise: Molecules that Move Us (Harvard University Press). The book explores the biochemical intricacies at work in exercise and athletic performance, but always informing the explanations is a sense of wonder. “I want readers to marvel with me,” Gillen writes, “at the magnificence of our molecules in motion.”

He writes that metabolic pathways “intersect, merge, and branch” like roadways—and glycolysis, a chain of energy-producing reactions, is a superhighway. He describes proteins as being like kitchen gadgets, some as simple as teaspoons, others more like bread machines. They “flaunt an extravagant array of shapes,” which, as with utensils, fit their function.

Gillen covers a good deal of ground in this book, plunging the reader into complexities at the tissue, cellular, and molecular levels. For example, he dissects the process through which the protein myosin generates mechanical force by burning chemical energy. (The chapter occasions another deft analogy: “Myosin is like a soda machine that demands exact change, and glucose is like a twenty-dollar bill.”) Similarly, he describes the chemistry underlying the neural networks that leap into action when people perform physical feats—when they do snowboard tricks, for example, or block a whizzing slap shot, or simply regain their balance after stepping into a hole on a trail run.

While the book isn’t a workout guide, it does address issues of interest to everyday athletes, such as the potential value of creatine supplements, the different virtues of resistance and endurance training, and the debates over the benefits of stretching. Two complementary premises are at work here: “knowing about biomolecules can enrich athletics,” and “looking at the  practical side of molecules offers a window into their deep  intrinsic splendor.”

Gillen chooses examples from many sports. He himself has dabbled in golf, tennis, skiing, soccer, and ice hockey. Above all, though, he is an avid and accomplished runner, and he is often at his most engaging, and most lyrical, when illustrating concepts with his own experience of the pains, pleasures, and physical sensations of running marathons and ultra-marathons.

Readers of all kinds will enjoy this book. After all, you don’t have to be an athlete to “savor the complexity beneath the elegance of humans in motion.” 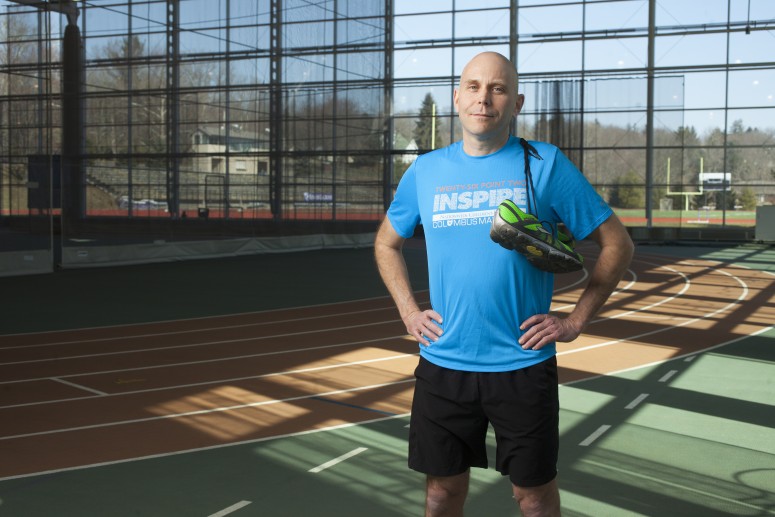