Kenyon will name the former Buckeye Candy building in Mount Vernon for the children of the philanthropist who has revitalized a host of Mount Vernon landmarks.

Karen Buchwald Wright P’05 ’09 is chairman, president and CEO of Ariel Corporation, a leading manufacturer of compressors used in the natural gas industry. Her sons who attended Kenyon are Alexander Wright ’05, married to Libby Wright ’05, and Hunter Wright, married to Katherine Wright ’10.

The $6 million effort to save and restore the warehouse at 400 S. Main Street for College and community use is on schedule for completion in December 2016. With the building, Kenyon joins Mount Vernon Nazarene University and Central Ohio Technical College in an education corridor on South Main Street.

“Having Kenyon join MVNU and COTC in the downtown means that this area will encourage interaction between students, faculty and locals in such a way as to enhance everyone’s experience of college life in rural Knox County. I expect it will be an eye-opening experience at that,” Karen Buchwald Wright said.

Wright founded the Ariel Foundation in 2009 to improve the quality of life and increase opportunities in her hometown of Mount Vernon. She is the supervising director and chairman of the foundation and also serves as its president.

The Ariel Foundation helped Kenyon acquire the Buckeye Candy building on South Main Street in 2015, with additional support from the Community Foundation of Mount Vernon & Knox County and gifts by private donors.

“Having seen the building almost every week for 36 years, and having watched it close down and fall into disrepair, I’m truly pleased to see it revived and restored to an iconic beauty that it probably never had, even when it was new,” Wright said.

Columbus, Ohio-based construction firm Elford, Inc. began work on the building in March. Kenyon plans to hold classes in the building starting in January 2017. Most of the drywall is installed on the upper floors, new windows are going in, and most of the elevator mechanics are now in place.

The 18,000-square-foot building is being refurbished to allow for open space in the center of the building for a College film studio on the second floor and for the Science Play-Space Initiative, known as SPI Spot, on the first floor.

Workers removed bricks to open up the arches on the ground floor of the exterior. Just inside the arches on the south side, SPI Spot will have a reading nook, a climbing structure and a small space for science demonstrations.

Wright said, “It is truly wonderful to watch the windows appear in the archways of the Buckeye Candy building and to see it become a great addition and anchor to South Main Street as visitors enter the downtown. As the various buildings near completion, I believe we will see new commerce and life in the city’s downtown, to be enjoyed for generations to come.”

President Sean Decatur said, “The Wright Center will be an exciting space for the entire Knox County community, and our students will use it to sharpen their skills at both independent and collaborative work, to learn to navigate and solve problems outside of the traditional classroom, and to explore career options. This is a wonderful opportunity to expand the number of high-impact experiences that help our students collaborate with our community partners.”

The Wright Center will house the Office for Community Partnerships at Kenyon, directed by Jen Odenweller.

“It is so appropriate that the Wright Center is being prominently established as an important anchor in the gateway into downtown Mount Vernon. This building reflects a connection to history, the importance of industry and Kenyon’s commitment to collaboration within the broader community,” Odenweller said. 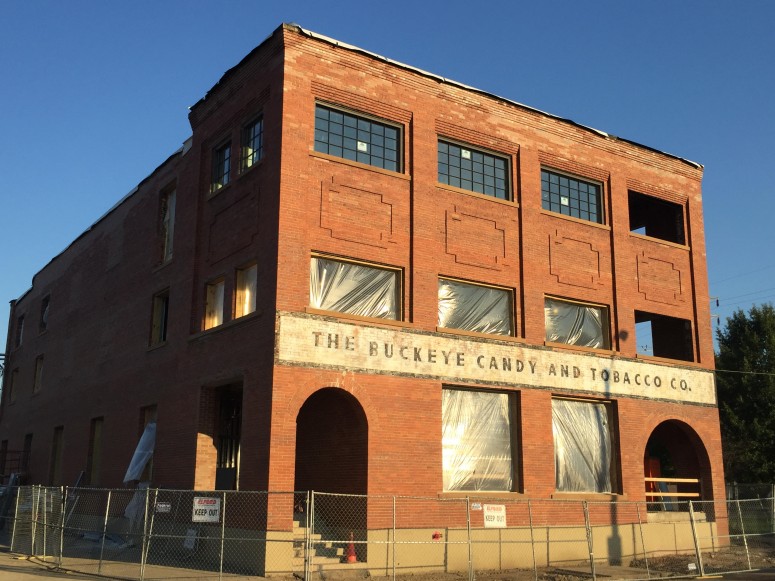