The new offices of the Philander Chase Conservancy were dedicated Thursday, May 26, in honor of John A. Woollam ’61 H ’08, a longtime trustee of the conservancy and a major donor of private support for it.

The offices will be housed at 306 Gaskin Ave., just east of Bexley Hall, and will be joined by the offices of the Kokosing Nature Preserve and the Kenyon Institute in what is now called Woollam House. The three organizations had previously been housed in Eaton Center.

Of the 5,300 acres that the conservancy has protected, Woollam has been directly involved in conserving more than 1,800 acres, said Lisa Schott ’80, managing director of the land trust.

Before the ceremony, Woollam said, “The beauty of Kenyon is eminently enhanced by having this open land. Through the Philander Chase Conservancy, there has been a lot of progress. There’s a lot more to do.”

The move to Woollam House, after improvements are finished in what has been a residence, will provide a more prominent “physical presence on campus that will make it much easier for landowners and families to locate” the offices, Schott said.

The Philander Chase Conservancy encourages the preservation of land around Gambier by helping landowners through a deed-restriction process. The conservancy can purchase land outright, but most of its work is providing technical assistance and financial support to private landowners in the purchase of conservation and agricultural easements. The nonprofit land trust formed in 2000 and holds 21 conservation easements and 17 agricultural easements — development restrictions that protect land near Gambier from certain types of commercial and large residential subdivision development in perpetuity, except in cases of eminent domain.

At the dedication, conservancy board member Tom Sant ’65 H’13, an emeritus member of the Kenyon College Board of Trustees, told the story of a group of seniors donating $3,000 to buy land for preservation and Woollam stepping in with support to complete the purchase in time for their graduation. Schott told the audience, “Fifty-five years after his graduation from Kenyon, he still calls me almost every week to see how things are going and to see if he can help.”

President Sean Decatur said Woollam is an example of stewardship, which means both the accepting of responsibility for the land and the willingness to take action to fulfill that responsibility. Decatur said that’s the lesson the Kenyon community teaches students in and out of the classroom.

“We really can’t separate Kenyon the College and Gambier the village and the surrounding farmland. They really are one and the same,” Decatur said.

The naming of the conservancy’s new offices honors Woollam’s achievements in the physical sciences, engineering and business and his long history of support for Kenyon and the conservancy.

“That school is beloved to me,” he said. “It was a wonderful place for me. I wouldn’t trade that time for anything. This is a way of saying thank you to the people who came before me and of continuing it for other people.”

Woollam is the George Holmes Distinguished Professor of Electrical Engineering and professor of physics and astronomy at the University of Nebraska. He and his students were instrumental in developing a solution to a contamination problem on the Russian space station Mir and tackled trouble with a polymer coating on the Hubble Space Telescope. He founded the J.A. Woollam Company, which is engaged in worldwide sales in scientific measurement devices and software. 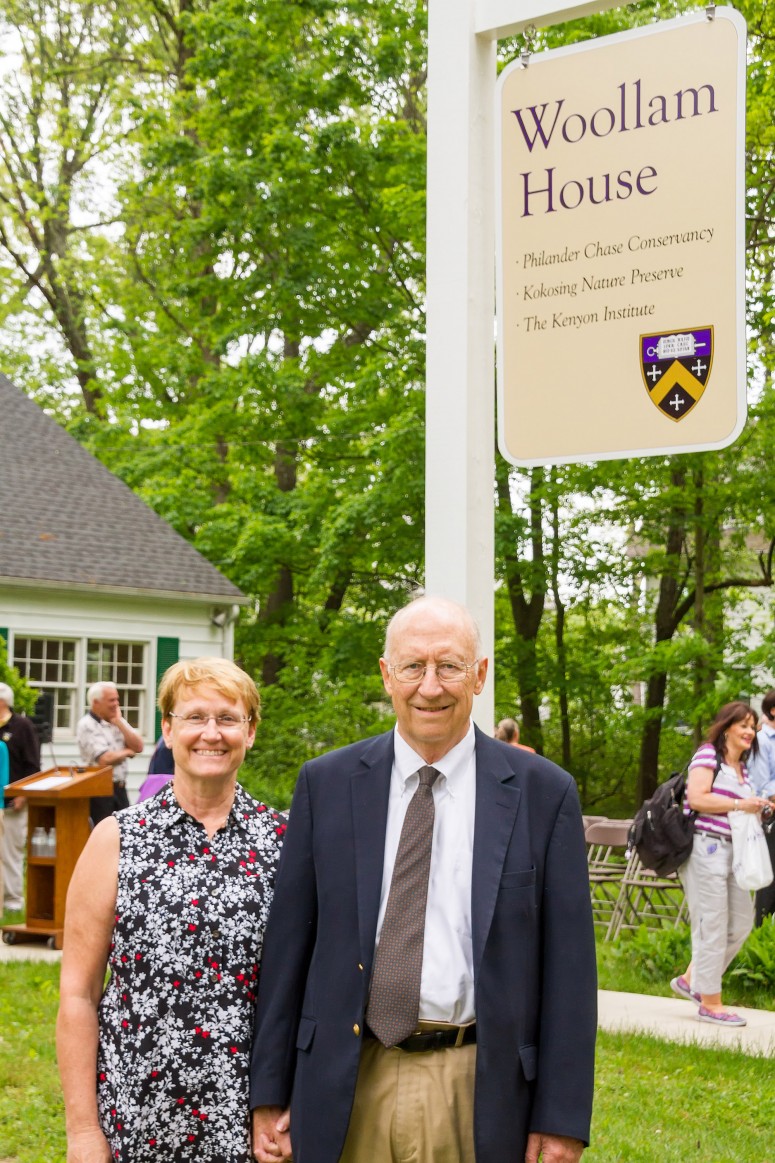 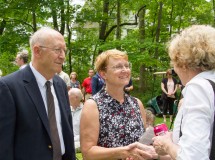 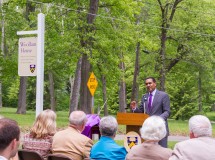 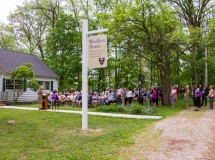 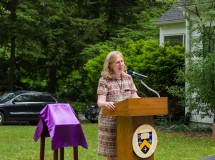 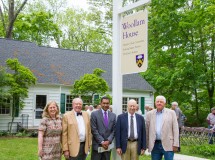 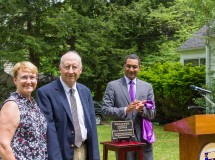