Caroline Del Giudice ’15 didn’t take a post-graduation trip to Hawaii — but her art did. A sculpture by the studio art and anthropology major was selected for display at the Honolulu Museum of Art as part of World Oceans Day Hawaii, a weeklong festival that began June 5.

“Caroline is an exceptional student, highly motivated and a hard worker,” Esslinger said, noting that not only did she receive distinction on her senior capstone in studio art, but also high honors in anthropology.

World Oceans Day Hawaii is a multimedia event that aims to connect filmmakers, artists, scientists, marine conservationists and ocean enthusiasts to share knowledge and passion to inspire a new generation of ocean stewards. The nonprofit organization selected a total of 12 pieces of art from 100 entries to showcase through June 21. The award also included a $1,000 cash prize.

“The creative diversity of the student art submissions we received this year was impressive,” said Akira Biondo, co-founder and event coordinator of World Oceans Day Hawaii. “What we liked in particular about Caroline's sculpture was the use of a material as unyielding as steel to draw attention to the ocean, a fluid body of water, Earth's life-support system."

Del Giudice said she thought her sculpture fit the theme of the contest because it resembles coral. “It could have so many interpretations, so I rewrote my artist statement making it more about water and conservation.”

But Del Giudice will not be able to see the exhibition because she will be at the University of Arizona Rock Art Ranch Fieldschool near Winslow, Arizona, where she’ll learn about excavation for her other career interest: archeology. She packed the 51 pieces of steel — weighing in at a couple of hundred pounds — and sent specific instructions on how they should be assembled. 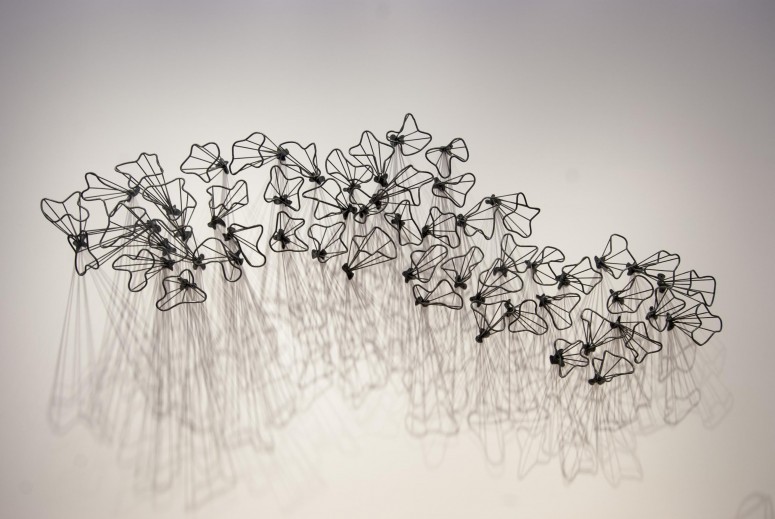