Walls have for centuries been powerful cultural and political symbols. In the great medieval cities and territories, walls stood for protection and were a constant reminder of the potential for danger. But they also provided a means for defining and representing difference between the people inside and the “other,” found outside.

Much remains the same in contemporary times. Walls — from the Berlin Wall to the barrier built by the U.S. at the border with Mexico — divide and contain, protect and scar, defend and offend. The barrier under construction by Israel in the West Bank — what the Israelis refer to as a “security fence” and the Palestinians call the “apartheid wall” — is no different, a pointed symbol in an aged struggle, invoking strong passions. The appearance of a model of this wall on Middle Path this week (repeating an installation in Peirce Hall about a year ago) brought these powerful emotions home to our campus. Indeed, this installation raises questions both simple and profound.

Is this type of display appropriate for the Kenyon campus? In my view, yes. This is a community that values freedom of expression, including pointed discussion of difficult, contemporary political and social issues. This installation is an attempt to engage in this type of expression.

Should the campus regulate displays such as this? Free political expression is essential to the Kenyon experience, and restrictions on political expression should not be considered lightly. In fact, when I weighed in on the American Studies Association academic boycott of Israel in December 2013, I rejected the concept of an academic boycott on this very argument: A college campus must be a place that takes up the challenge of exchange, discourse and argument across political viewpoints and not a place that selectively rejects or suppresses expression based on ideological perspective.

As I have written previously, I welcome the presence of respectful dissent, disagreement and difficult discussion on our campus, and both the installation and resulting responses certainly represent these. A campus free of provocations results only in a sterile and comfortable environment that would run counter to our educational mission.

In a recent op-ed column in the New York Times, Judith Shulevitz lamented the rise of the notions of “comfort” and “safety” in campus conversations, creating a climate where “students worry that an act of speech or pieces of writing may put them in emotional peril.” Shulevitz contends that this view runs counter to the purpose of learning: “People ought to go to college to sharpen their wits and broaden their field of vision. Shield them from unfamiliar ideas, and they’ll never learn the discipline of seeing the world as other people see it. They’ll be unprepared for the social and intellectual headwinds that will hit them as soon as they step off the campuses whose climates they have so carefully controlled. What will they do when they hear opinions they’ve learned to shrink from? If they want to change the world, how will they learn to persuade people to join them?”

Our standards at Kenyon are such that discourse should be rigorous, respectful and open to challenge and critique. In this instance, “respectful” means a focus on the issues, facts and experiences surrounding Israel and Palestine; respectful discourse does not include broad generalizations about people on either side of this dispute as “terrorists” or “racists.”  Respectful discourse is not always comfortable, but it is part of the learning experience.

Where do we go from here? John Lennon once said, “Walls keep you in … and bridges get you somewhere else.” Much of the dialogue on campus about Israel and Palestine that I have read and heard has been about staking out positions, much in the style of building walls or digging trenches. Though this makes some uncomfortable, this is not a bad place to start: opinions expressed and critiqued, ideas rigorously asserted and rebutted.

But the next stage is building bridges across this divide, and that is even more difficult and uncomfortable. This is not just a Kenyon problem — if bridge building were easy, peace would be within reach for all. Bridge building requires the growth of understanding, tolerance and compassion. In this case, it requires a recognition that there are innocent people on both sides of the fence/wall whose lives are tragically affected on a regular basis by physical, emotional, economic and political violence, that people on both sides of the fence/wall have historically and remain subjects of religious and ethnic prejudice and discrimination, that the status quo is not sustainable, that change is inevitable, and that we have a moral obligation to help find the best resolution possible.

The school year is drawing to a close, and I know we are running short on time this academic year to make real headway toward bridge building. But we must find a way to engage in difficult and pointed discussion in ways that are simultaneously productive and respectful, on this issue and many others. As we look forward to the next year and beyond, we should embrace the challenge of building bridges to overcome our walls. 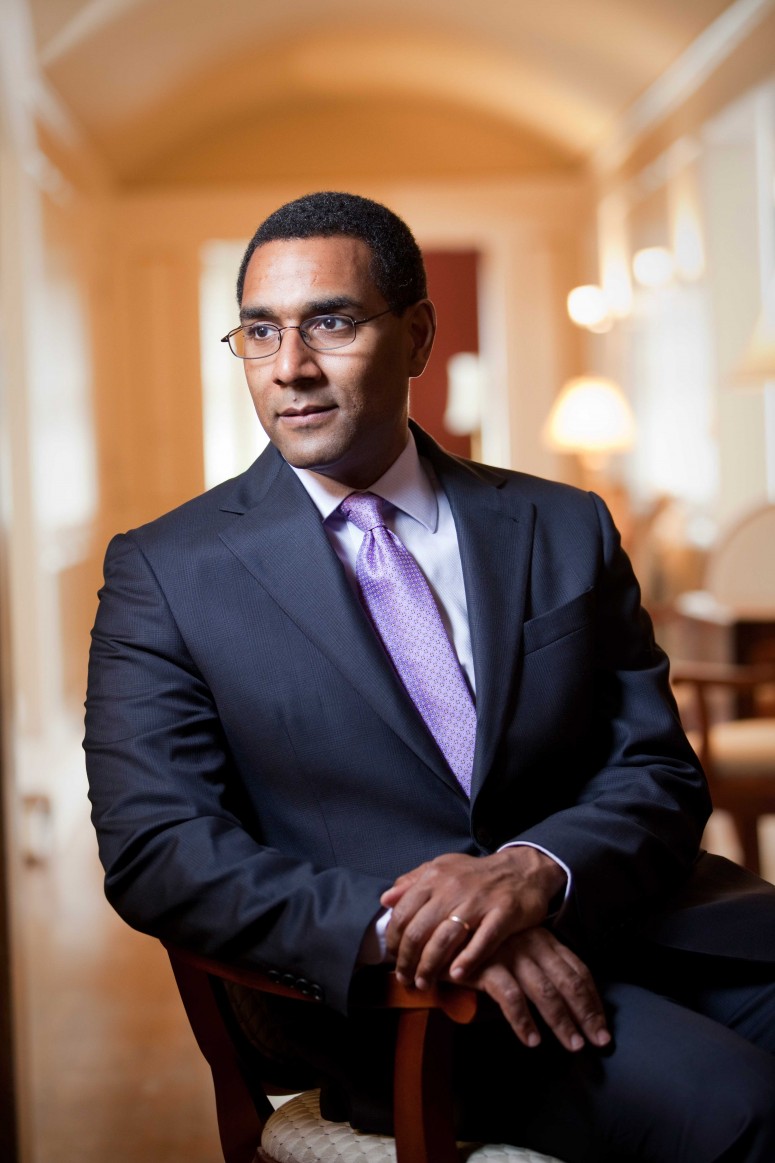