When best-selling young-adult author John Green ’00 H’16 announced that his new novel, “Turtles All the Way Down,” would be released October 10, his millions of fans began speculating about the significance of the title. While little is known about the hotly anticipated book besides that its protagonist is a teenage girl trying to solve a mystery while struggling with obsessive-compulsive disorder, two Kenyon professors’ analysis of the titular phrase may offer some clues.

'Infinite turtles is no problem'

According to Professor of Philosophy Joel Richeimer, the phrase “turtles all the way down” stems from a story about the British philosopher Bertrand Russell. After giving a lecture on astronomy, Russell was refuted by a woman in the audience, who claimed that the earth was situated not in space, but on the back of a large turtle. When Russell asked what the turtle was standing on, the woman replied that it was “turtles all the way down.”

The apocryphal story has been told in many versions, and while the hypothesis may seem absurd, it gets to the heart of an important philosophical question. “All knowledge has to have a foundation. Something has to be at the bottom,” Richeimer said. “So if you believe in modern physics, you say what’s at the bottom is atoms. That explains everything. Or if you’re a religious person, you might say it’s God.”

But what are atoms made of? Or who created God? “The question is, does it really satisfy us, having a foundation,” Richeimer said. “And her response is not a bad one. Her response is, well, it’s turtles all the way down. Why does there have to be an ultimate turtle? A single turtle is a problem. Infinite turtles is no problem.”

Green, who majored in religious studies at Kenyon, has not shied away from exploring similar issues in his past works, which often find their teenage protagonists waxing philosophical over the meaning of life and the nature of the infinite. Many similar questions are raised in the course “Surprises at Infinity,” offered by the Department of Mathematics and Statistics. Professor of Mathematics Carol Schumacher P ’13’14, who has read many of Green’s books alongside her children, developed the course two decades ago.

“There are these phenomenally interesting ideas about the infinite that most people who are studying math never see at all,” Schumacher said. The class, taken by many non-major students, makes these concepts more accessible. “One of the great things about teaching that class is that you’re sort of wrestling with these ideas that intellectually lots of people have wrestled with over time,” Schumacher added. “The Greeks really didn’t like the concept of infinity … they were really afraid of embracing this idea of the infinite.”

The 16-year-old narrator of Green’s novel, “The Fault In Our Stars,” also wrestles with the concept that some infinities are bigger than others, arguing that the infinite set of decimals (.1, .12, .112, etc.) between 0 and 2 is larger than the set between 0 and 1. Schumacher explains that this is actually incorrect: any infinite set of rational numbers is the same size. However, once irrational numbers, such as the square root of two, are considered, it is true that not all infinities are the same size.

Green’s works often are concerned with the idea of finding truth, even when that truth may come with doubt. But mathematics tells us that this is OK. “The ‘Surprises at Infinity’ course can talk about the distinction between something which is true and something which is provable, which mathematically are not the same thing,” Schumacher said. “It turns out that this idea of thinking about infinity in a mathematical way has a lot of really interesting consequences.” 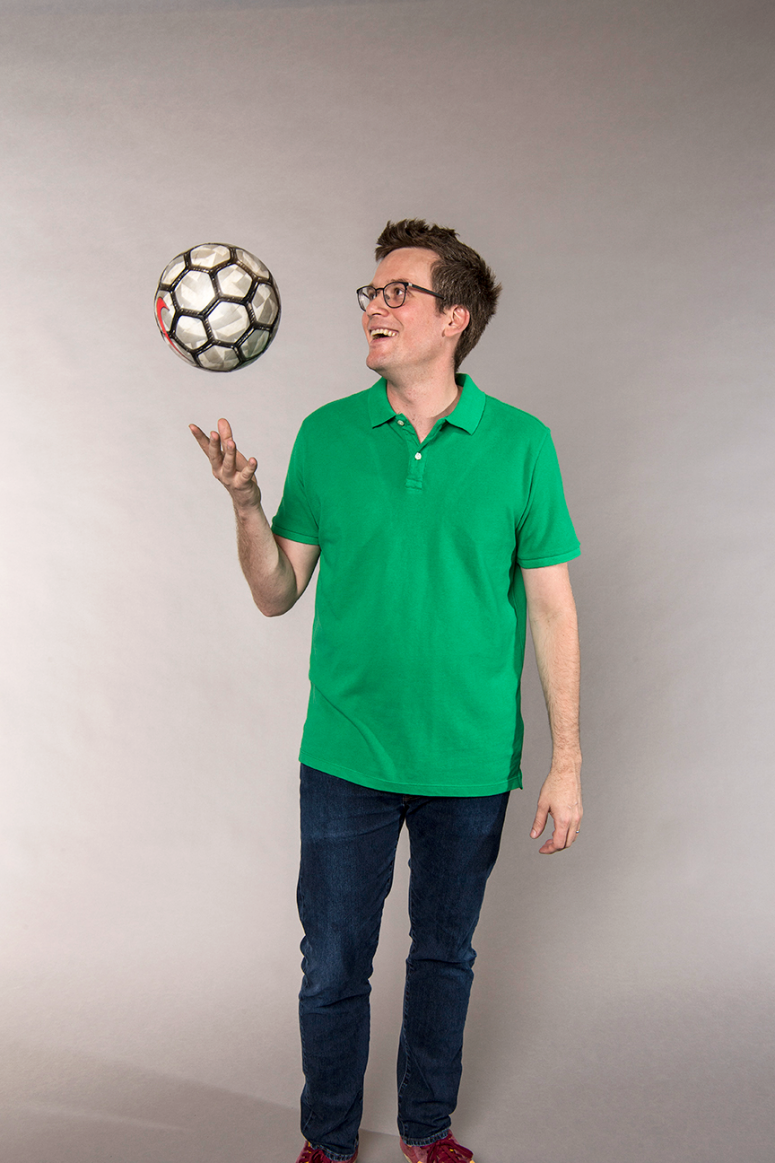 Books like “The Fault in Our Stars” reignited my interest in reading for pleasure in high school. Six years later, I’m glad to still be reading engaging, challenging texts.

More on Carolyn Ten Eyck '18's reflection on "The Fault in Our Stars." 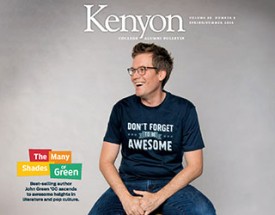 An Abundance of Awesome

With four best-selling novels, a popular YouTube channel and a cult following, John Green '00 H'16 is ready to turn his commercial success into a lifelong career in writing.

More about John Green '00.
Join our path forward.
Give To Kenyon
Loading