Professor of Art Gregory Spaid ’68 will turn his camera eye to trees when he spends May 16-29 in Colorado’s 52,485-acre Mesa Verde National Park.

The photographer was one of five artists selected by the National Park Service, celebrating its 100th anniversary, for its artists-in-residence program at Mesa Verde. He will undergo wilderness training and live in a hogan, a one-room historical dwelling.

The park is known as the home of the Ancestral Puebloans, who lived at the site from 600 to 1300. It protects 5,000 known archeological sites, including 600 cliff dwellings. Spaid was attracted by its many forest-fire sites.

“I’ve been there twice before with my family and thought it would be a great place for me to get access to those sights,” he said. “There is something both haunting and beautiful about these sites and I want to photograph them (against) the night sky.”

During his stay, he expects to shoot thousands of photographs as part of a project exploring the human relationship with trees. Throughout his career, Spaid has worked in a variety of media on subjects ranging from rural America to urban street life.

His inclusion in 2011 by the Getty Museum of Los Angeles as one of the few contemporary artists in its book The Tree in Photographs inspired his tree project. “It has a broad scope,” he said. “I don’t know its final form yet, but I would love to see it come out as book and I am sure it will be exhibited in different forms.”

Spaid’s work has been on display at the Museum of Modern Art, the Smithsonian Museum of Photography and the George Eastman Museum, among other museums and galleries. His park residency in May will allow him to add a new wrinkle to his unusual view of trees.

“Fire sites are just another aspect in the life system of trees. For two years I’ve thought, ‘How am I going to get access to these sites without having a park ranger pull up and tell me I can’t go there?’ This time I’ll be sort of official.” 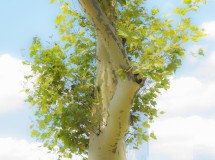 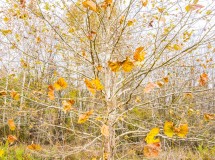 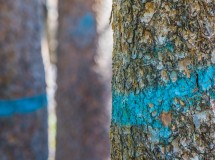 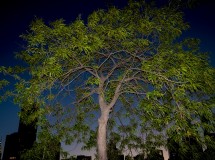 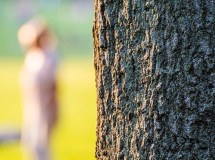