This is the third time Kenyon reached double digits for winners of the federal J. William Fulbright Fellowship in the 18 years of leadership by Jane Martindell, the retiring director of the Office of National Fellowships and Scholarships.

Being a Fulbright fellow gets people noticed for job opportunities, Martindell said. Many fellows go on to earn advanced degrees in a related field or use the award to gain international experience before starting their careers.

For example, Sarah Kahwash ’14, a Fulbright winner last year, is teaching in Malaysia before starting a job as a banking analyst on Wall Street with Brown Brothers Harriman.

The Fulbright program, which pays for housing, travel and living expenses, offers fellowships for teaching and research. All the Kenyon participants this year — one 2013 graduate, one from 2014 and nine from 2015 — will follow the teaching track.

This year, a national screening team chose 22 Kenyon students’ applications to send to host countries for consideration. Five students were named alternates, with 11 students selected as fellows, said Martindell, who is pleased to leave the office with such a strong number of competitive candidates. Tom Hawks, assistant professor of English, is taking over the job.

“Over the last 10 years, we’ve had a high number of winners in the range of seven to 10 students. That is unusual for a college of our size. It’s been a great run,” Martindell said.

Martindell, who also oversaw fellowships in her previous job as dean for academic advising and support, said Kenyon’s strength in the Fulbright arena is helped by her office’s early recruitment efforts, including a dinner at President Sean Decatur’s house for sophomores with high GPAs.

She also credits the commitment of the faculty members who spend a lot of time advising students on applications and writing them recommendations. “That’s a real gift that they do that. It’s a real compliment to the College,” she said.

The large number of students appointed to Spanish-speaking countries this year was impressive because those countries are the most competitive due to the prevalence of Spanish in the U.S., she said. Three Kenyon graduates will go to Germany, which always has been a strong country for the College, she added.

Here is the list of winners and descriptions of their required projects to engage their communities outside of classroom instruction: Highwood, Illinois
Kezon, who specialized in African-American literature at Kenyon, plans to hold writing workshops and literature readings for his students in Turkey. He was a resident advisor for the Kenyon Review Young Writers Workshop and became more interested in teaching as an AmeriCorps reading coach with high school students. An Islamic art exhibit he visited while studying abroad in Europe led him to take an art history class about medieval Islam, sparking his interest in Turkey. Elmhurst, Illinois
Hennessey briefly visited Uruguay while studying abroad in Argentina his junior year, and he taught English to adults with other primary languages at the nonprofit Literacy Chicago. For his project, he will organize a workshop in Uruguay for students to practice English by writing screenplays. He learned about Uruguayan film directors through researching his senior thesis about revolutionary cinema in Argentina. Meadville, Pennsylvania
Brautigam wants to arrange a pen-pal program between German students and students from her high school. She will help the German students publish a newspaper and blog for their pen pals. During a semester studying in Germany, she volunteered at an elementary school. She also has worked as an apprentice teacher through Kenyon’s Intensive Language Model, in which advanced language students teach small groups of beginning students three times a week. Her goal is to pursue a doctoral degree in comparative literature and become a professor. 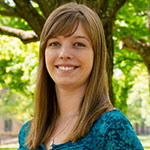 Portland, Oregon
Matteri wants to interview a variety of people to better understand Germany’s effective environmental policies. She plans to use her research in graduate studies in zoology and conservation to design improved outreach programs to keep young people engaged in environmental issues. She attended a German immersion school growing up, participating in short exchanges with German host families throughout elementary and middle school. She taught German at a language immersion camp and worked as an apprentice teacher at Kenyon. 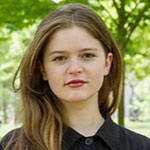 Cincinnati, Ohio
To engage her host country, Rethy proposed forming a student group to analyze German films translated into English, comparing the subtitles with the original German dialogue. When she studied abroad in Berlin, she had an internship writing and translating movie synopses for a film festival, and she studied German-Jewish literature. She also worked as an apprentice teacher for first-year German students. Rethy plans to turn down her award because she received a fellowship from the German Academic Exchange Service, known by its German acronym DAAD, to pay for two years of study in Germany toward a master’s degree in comparative literature. 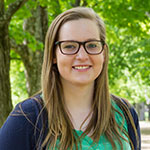 Minneapolis, Minnesota
Lott hopes to lead a project on literary translation, noting she translated a poetry collection by Colombian Raúl Gómez Jattin as part of her senior thesis. Lott was an apprentice teacher at Kenyon, and she said she chose to make Spanish a permanent part of her life when she gave up a season of softball to study in Mexico. She plans to teach high school or college Spanish and pursue a career in translating Spanish literature. 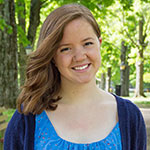 Old Greenwich, Connecticut
Jackson, who studied for a semester in Argentina, would like to start a community music club where students would sing together and share songs, mostly with English lyrics. She tutored Kenyon students studying intensive Spanish and worked at a community center helping children practice English during her time in Argentina. 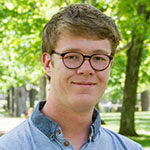 Loveland, Ohio
Schmidt plans to use his experience from printmaking classes to start a screen-printing workshop with inexpensive materials to support the Argentine characteristic of “dar testimonio,” or giving testimony, against political violence or discrimination. Schmidt, who studied in Chile for a year with a coveted $20,000 Boren Scholarship, was an apprentice teacher in Spanish at Kenyon, worked as a Writing Center tutor and taught Spanish to Gambier elementary school students. He would like to work in a field to educate people about international migration. Upper Montclair, New Jersey
Pepe has wide experience with teaching language and being immersed in international cultures. She tutored elementary school students in reading at 14 and later Kenyon students in Spanish. She volunteered in Ecuador, Argentina, Paraguay and Guatemala through summer community service projects and studied for a semester in Peru, where she worked with a women’s legal rights group. She wants to work with an organization in Mexico that advocates gender equality and is interested in a career related to the rights of Hispanic immigrants in the United States. 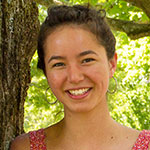 Chapel Hill, North Carolina
Lo wants to teach bluegrass music to students and continue to learn the traditional Chinese string instrument, the erhu. She studied for part of her junior year in Germany and has taught German, Shakespeare and bluegrass music to different groups of students, including work as an apprentice teacher at Kenyon. Lo, who interned with U.S. Rep. David Price of North Carolina, would like a job working on relations among Asia, Europe and the U.S., addressing immigrant and minority rights. Baltimore
Walsh wants to teach English in engaging ways, asking students to translate their favorite songs, make recipes and learn board games in the language. That’s because his love of languages was fed by teachers who used storytelling and hands-on projects. He has studied Latin and Greek for years. Kosovo offers particularly rich study opportunities because of its variety of languages and cultures, he said. He plans to run an after-school program to help students learn tennis, basketball or soccer. He wants to pursue graduate studies in anthropology focusing on the intersection of linguistics with national identity.