Corrigan joined Kenyon in 2002 after completing his doctorate at Iowa State University. His areas of interest include environmental and resource economics, agricultural economics, public sector economics and economic education.

A faculty member who nominated Corrigan called him a phenomenal educator, writing, “He makes it look easy, seamlessly blending many effective teaching techniques to engage his students.” Another faculty member wrote, “His effortless classroom performance is the product of very careful preparation and constant attention to what his students are actually learning.”

Students, too, think highly of Corrigan. He was named to the Princeton Review’s list of The Best 300 Professors in 2012.  Last year, he was selected as the Baccalaureate speaker for Commencement.

López came to Kenyon in 2007 after completing a post-doctoral fellowship at Rutgers University through the National Institute of Mental Health. She is a clinical psychologist who studies psychopathology using a cross-cultural and feminist lens. In particular, she is interested in the impact of acculturation on mental health, cross-cultural psychopathology and socioeconomic status. In addition to psychology courses, she also teaches for the women’s and gender studies and Latina/o concentrations.

Students who nominated López for the award note her “excellent instruction and her ability to push her students to do better.” One student wrote that López is “committed to giving her students applicable, relevant knowledge of psychology in creative and enriching ways.”

The Kenyon College Board of Trustees established the Trustee Teaching Excellence Awards, which carry a $5,000 stipend, in 1999 to promote excellence by raising the visibility of outstanding performers.

In addition to teaching awards, three honorary degrees were given by the College. A doctor of laws was bestowed on Kurt Karakul ’73 P'03, '06, '08, '11, attorney and director of the Third Federal Foundation in Cleveland, which is credited with helping one of the city’s most economically depressed neighborhoods reinvent itself. Elaina H. Richardson P'13, award-winning journalist and president of Yaddo, one of the country’s premiere artists’ retreats, was awarded a doctor of letters. Victoria Wyatt ’77, a historian at the University of Victoria, as well as a teacher and exhibitor of Native American art and culture, was presented with a doctor of humane letters. 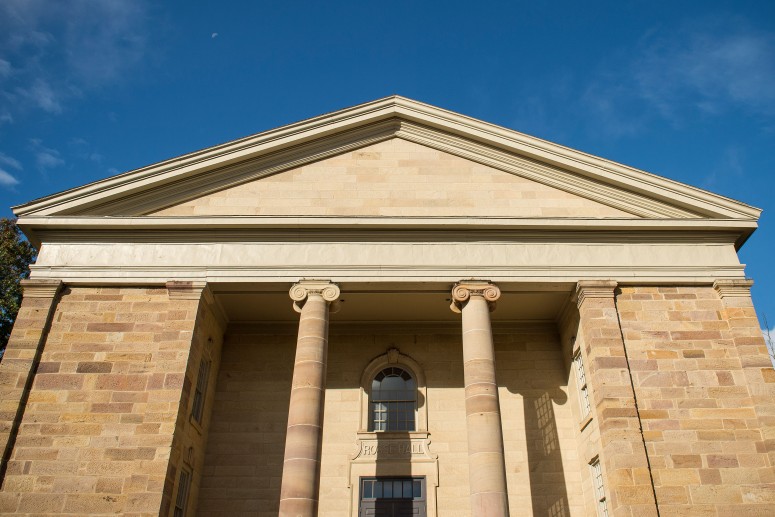