“I know this is a taboo subject for some Kenyon students, but there’s no escaping reality: it can be way too cold in Gambier sometimes,” Adam Egelman ’16 writes. The New York resident gives his tips for surviving winter at Kenyon.

When Gray Clark ’17 traveled to D.C. for a short vacation, he encountered a large Kenyon community in the city. “Everywhere I turned I was greeted by Kenyon alumni or students,” he writes. “From the three alums from my fraternity in their beautiful downtown D.C. townhouse to the four grads living, ironically, on Kenyon Street, the city is full of Kenyon students and alumni alike pursuing varying careers in many incredible fields.”

Lanise Beavers ’18 shares why she looks forward to summers in Gambier. “Kenyon slayed all expectations and my mind,” Lanise writes about her first of many summers at Kenyon. “I was in pure love.”

Atlanta resident Gray Clark ’17 wasn’t used to having wild animals like deer and raccoons near his living quarters. That all changed during a summer working for the Admissions Office in Gambier.

Which upperclassman housing option at Kenyon is right for you? Adam Egelman ’16 breaks down the housing opportunities with a humorous quiz.

Living in residence halls has huge perks, Claire Berman ’16 says. “The reason why Kenyon has such a great sense of community is because we’re present,” she writes. “Our lives are centered around this patch of land, and we take ownership of where we live.”

As a tour guide, Gray Clark ’17 constantly was asked the same question: “How did you end up at Kenyon?” In this post, he reflects on his journey to the Hill.

3. On the Kindness of Strangers and the Unexpected Perks of a Kenyon Sweatshirt, Dec. 2, 2015

A Kenyon sweatshirt helped save the day for weary traveler Katie Jimenez-Gray ’18, who had encountered multiple airport delays until she fortuitously ran into a Kenyon parent who solved her travel woes. “Consider investing in some Kenyon attire,” Katie advises. “It may be useful to you.”

With just 32 days left until Commencement, Madeleine Thompson ’15 decided to make the most of her dwindling time on the Hill through a list of Kenyon adventures to tackle.

Moving to the Hill? Don’t forget your winter boots, and maybe pack a fun costume, but definitely leave that lanyard at home, advises Gray Clark ’17, an experienced packer. 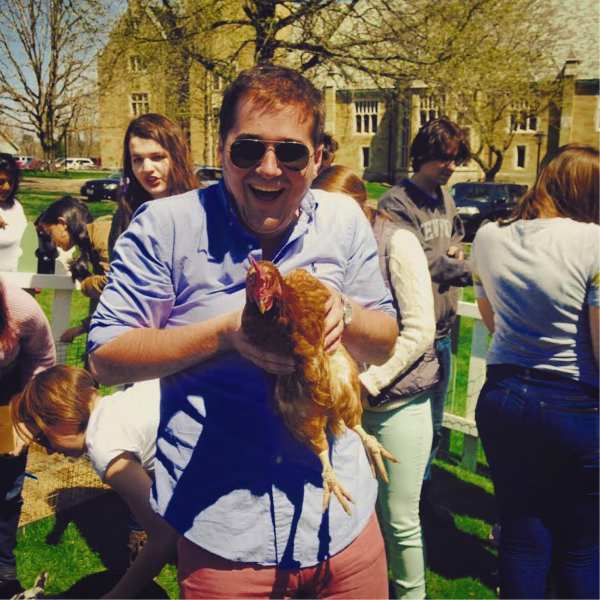