Kenyon art students seeking experience in the professional art world have an unusual advantage: alumni who hold key posts at Christie’s, the international art auction house, and who regularly offer a helping hand in the form of externships and internships. Over more than two decades, dozens of students have benefited from the Kenyon-Christie’s connection.

Kenyon’s main contact at Christie’s is John Hays ’82, deputy chairman of Christie's Americas in New York City. He is widely known among the general public as a regular appraiser on the popular PBS television series Antiques Roadshow. Hays personally has played host to 23 student externs since 1990.

Other Kenyon alumni who work at Christie’s also have been important contacts and extern hosts. “Our relationship with these individuals at Christie’s is indicative of how important our alumni are in the work of the Career Development Office (CDO),” said Scott Layson, CDO director. “Kenyon has alumni in a myriad of industries, and virtually all of them are willing to assist in some way.”

The professionals at Christie’s who make it happen for Kenyon art students include:

John Hays ’82, Deputy Chairman, Christie’s Americas. As a principal auctioneer and one of the world’s leading furniture specialists, Hays directed numerous record-setting sales, including $12.1 million in 1989 for the Nicholas Brown Chippendale desk-and-bookcase, and $21.2 million in 2006 for a portrait of George Washington.

Catherin Elkies ’87, Senior Vice President, Director of Business Development. A specialist in the acquisition and marketing of celebrity memorabilia, Elkies has presided over sales ranging from Eric Clapton’s guitars to Captain Kirk’s epaulets (from the TV series Star Trek). Her work on the sale of the collection of the late designer Yves Saint Laurent brought in $484 million. Elkies leads Christie’s corporate collection activities and oversees its Museum Services and Estates, Appraisal and Evaluation.

Jessica Fertig ’02, Associate Vice President, Specialist in Impressionist and Modern Art. Fertig worked on some of the richest auctions in history: $491.4 million for the sale of four masterworks by Austrian painter Gustav Klimt, and $106.5 million for a 1932 Picasso painting, Nude, Green Leaves and Bust. She brings in property for sale and helps clients find works they are seeking to purchase.

Caroline Strumph ’10, Business coordinator, formerly an administrator in the Old Master’s Department. Strumph tracked and managed each consignment for sale and assisted specialists in compiling catalogues and exhibitions for Christie’s biannual sales in New York. She played a key role in securing a restituted painting by Renaissance artist Girolamo Romanino that sold for $4.5 million. 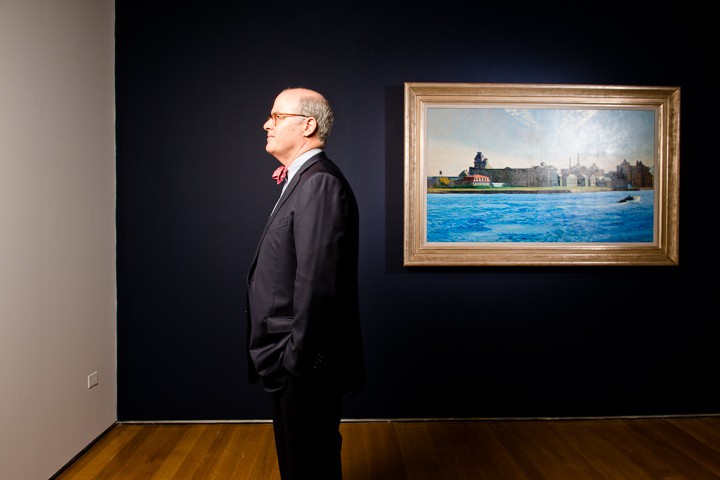