Previously thought of as just a “cool idea,” participation in international competition has evolved into reality for Maria Zarka ’16, two-time National Collegiate Athletic Association (NCAA) diving champion. Parlaying her athletic success and ancestry, Zarka landed a spot on the Tongan national team that will soon head to Glasgow, Scotland, and compete in the Commonwealth Games.

“When I was younger, my parents always talked about me representing Tonga for international meets, but I had never taken it seriously,” Zarka said. “I just thought it was a cool idea that would never really happen.”

In 2012, steps were taken to make it happen. Zarka, who resides in Kaneohe, Hawaii, won the state’s diving title in her final year of high school. Following that, her father, Christopher, contacted the Tonga Sports Association and National Olympic Committee (TASANOC) to let the group know of her accomplishments.

Zarka’s connection to the tiny island nation stems from her mother, Kamelia, who was born and raised in Tonga. Kamelia met Christopher, who grew up in Michigan, during his Peace Corps mission in the South Pacific.

“The circumstances that I’ve been given are out of the ordinary. I recognize that and I know I’m very lucky,” Zarka said. “Obviously, I want to dive well at the Games but, at the same time, I want to take in everything that is going on around me. I want to enjoy the whole experience.”

In her first two seasons at Kenyon, Zarka sealed the deal for inclusion on the Tongan team. As a first-year, she shocked Division III by winning the NCAA title on the three-meter board. As a sophomore, she not only defended her title, but placed runner-up on the one-meter board and was named the NCAA Diver of the Year. Those results came under the watch of Andy Scott, Kenyon’s two-time NCAA Diving Coach of the Year. Scott, who also had been in correspondence with TASANOC, will serve as Tonga’s diving coach for the Games.

“I feel very fortunate to have the opportunity to work with such a talented athlete,” Scott said. “You never know in diving how things will work out because each individual dive in each meet has so many variables, but [Maria] has been consistent in everything she's done from day one and it has paid off.”

Opening ceremonies are slated for July 23 in Glasgow. Zarka and Scott will then head east to Edinburgh, where the diving events will be held July 30-Aug. 2 at the Royal Commonwealth Pool. During competition, Zarka will get five dives on each of the one-meter and three-meter boards. If she advances through the preliminary rounds and places high enough in the finishing order, new avenues could lead to the 2015 World Championships, the 2016 World Cup, and possibly the 2016 Summer Olympics. 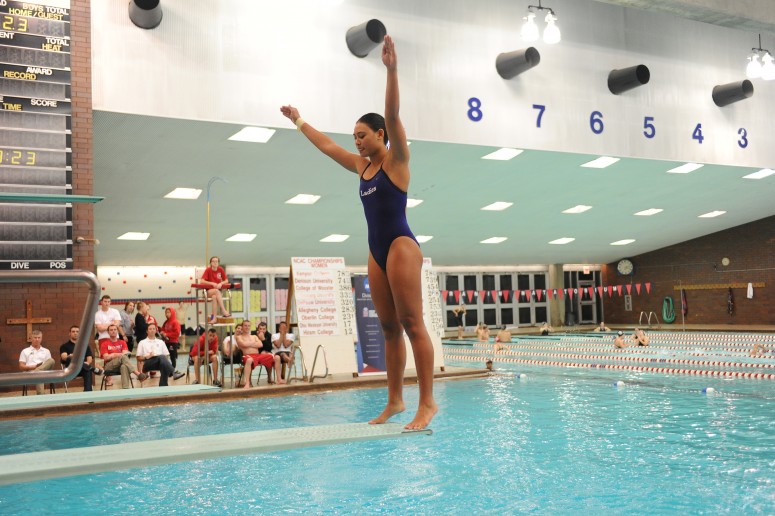