Before John Green ’00 was a best-selling author, superstar vlogger and passionate “nerdfighter,” he was a student at Kenyon, where he double-majored in English and religious studies. While his 2.5 million Twitter followers and 2.1 million YouTube subscribers can closely follow the rapidly rising career of the young-adult-writing sensation, here are ten things his fans might not know about Green’s time at Kenyon.

1. When he arrived to Kenyon, Green showed up with only one book: Allen Ginsberg’s Howl and Other Poems.

2. In writing “A Day in the Life of John Green” in his senior yearbook at Kenyon, Green mused at 9:51 a.m.: “I can’t even comprehend this new webmail business.”

3. Green was rejected from an advanced writing course at Kenyon. “But it turned out to be immensely helpful,” he said, “because not getting into that class showed me that I wasn’t nearly talented enough to skate by on talent.”

4. During his sophomore year at Kenyon, Green chose to study for a religion test instead of going to a casino in Indiana, where his friend won big at the slots and gave each friend there $1,000. His lesson: “Don’t turn down the opportunity to do something absolutely amazing because you need to study.”

5. Green missed a semester at Kenyon because he contracted whooping cough. “I know it sounds like an 18th-century peasant disease, but I had it,” said Green, who stayed at Kenyon for an extra semester to make up the lost credits.

6. Green did an independent study on James Joyce’s Ulysses because he enjoyed the professor, Kim McMullen. Green spent more time on the final paper for that class than he did on anything else in college, learning, he said, “just how hard a class about a single book could be.”

7. Green said his first novel, Looking for Alaska, “could not have been written without the religion classes” he took at Kenyon. In fact, he based the character of Dr. Hyde on his religious studies professor, Don Rogan.

8. Green imagined the Church of the Holy Spirit at Kenyon as the setting for much of his book, The Fault in Our Stars. Both churches are cruciform, or shaped like a cross.

10. Green did not participate in the traditional signing of the matriculation book, which bears the signatures of famous alumni like Rutherford B. Hayes and Paul Newman. The omission was corrected in February, when Green signed the book during a campus visit. 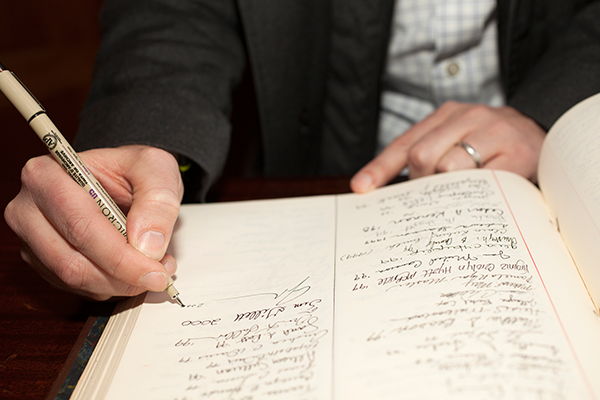 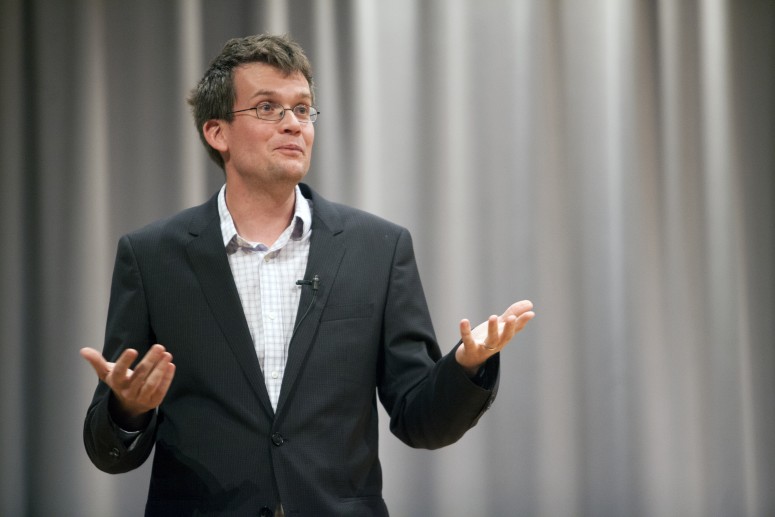