There’s a beautiful moment toward the end of director Josh Boone’s adaptation of John Green’s The Fault in Our Stars when I realized that the movie exists on its own as a wonderful piece of art, completely separate from the book. (Spoilers are ahead, but c’mon, how many of you haven’t read the book?)

Hazel Grace Lancaster (Shailene Woodley) is driving away from Augustus’ funeral and the camera is placed right next to her, in the passenger seat, allowing the director to hold on her in an extended, unbroken close-up. A song by Birdy called “What about Angels” plays quietly as we watch Hazel grieve the loss of the young man she knows will be the great love of her life. It is a powerful, profoundly visual and visceral moment that no novel could capture. And the entire audience was wracked with tears.

It’s an experience I had never had before in a movie theater: to hear the entire audience around you sniffing and sobbing. And it doesn’t only happen at the tragic end. This movie is a weep-fest throughout. Credit the filmmakers, director Josh Boone, and screenwriters Scott Neustadter and Michael Weber for paring the book down and excising pretty much any narrative thread that does not directly have to do with Hazel and Augustus. But mostly credit the two extraordinary young actors, Shailene Woodley and Ansel Engort, who don’t so much play the star-crossed lovers as embody them and become swallowed up into their personas.

An example of their virtuosity – in another wonderful, only-in-the-movies moment – comes early in the film when Hazel and Gus first meet in the support group. In the background, we can hear other group members telling the tragic stories of their disease as well as the hilarious, perfectly cast Mike Birbiglia singing goofy ballads about Jesus. But throughout the scene, the camera is focused on Hazel and Gus. Gus locks eyes with Hazel across the room and doesn’t let her go. Engort is wonderful in this scene. Other actors here might seem creepy or threatening, but a glow of vulnerability and intelligence flows from his gaze. And it’s a great moment for Woodley, too. She is shy and nervous at first. But then you can feel her discovering that, maybe, she is not just a cancer victim but an attractive young woman. By the end she’s staring right back.

It’s amazing how simple yet effective this scene is. In a romantic comedy such a scene would be written to have the two leads “meet cute,” complete with awkward, cringe-worthy, flirtatious dialogue. But these teenagers are so aware of their own mortality, and, hence, so alive, that they have no need for this. It’s as if they stare right into each other souls.

Because Gus and Hazel spend so much time alone in their world, director Boone shoots much of the movie in close-up. Ordinarily, this would give the film a made-for-television feel, but these two actors are so winning and their relationship so vital that the close-ups provide a sense of intimacy with the audience. And Woodley’s expressions are so complicated and varied that you don’t want to miss a moment of what she’s doing. She accomplishes so much without dialogue that surely she is the next great actress of her generation.

Releasing this film in the season of summer blockbusters is a bold counter-programming choice, mostly because the film is so unusually quiet for a commercial Hollywood film. There are long stretches where the director just lets the two actors be, as if they knew how short their time on Earth would be and they wanted to savor every moment. Yes, there a few sentimental montages set to the indie song-of-the-moment, but they are not intrusive and are directed with a grace that suffuses the entire film. Boone is in love with the material but he does not film it slavishly.

Those obsessed with Green’s novel should be thrilled with this adaptation. Boone captures the novel faithfully, but the film seems more streamlined and focused than the book in many ways.

Yes, there are weaknesses. While Laura Dern is lovely and charming as Hazel’s mom, both parents come off as one-dimensional and too saintly. Sam Trammell is especially milquetoast as Hazel’s father, Michael. And we can argue over the Peter Van Houten character and how successfully he is portrayed in the book, but the film doesn’t seem to really know to do with him. That exposes the flaws in the character. Willem Dafoe is an odd casting choice. In the book the character has gone to seed, but Dafoe is too physically fit and vital to play a wasted, drunken writer.

But the relationship at the core of this film makes a tender, gentle love story that should hold up for repeat viewings and makes The Fault in Our Stars an instant teen classic. 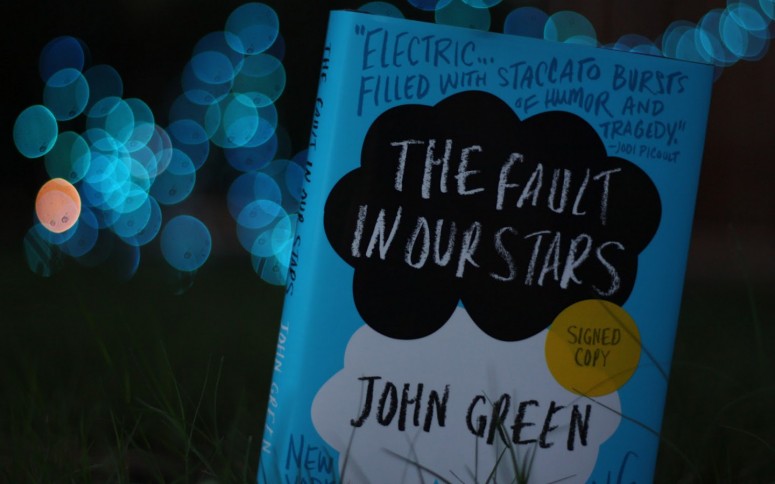