Kenyon’s already impressive list of NCAA Postgraduate Scholarship winners continued to expand with the addition of 2017 graduates Arthur Conover, Ellie Crawford, Trevor Manz and Ian Reardon. The quartet was among a total of 58 winter sports student-athletes selected from a pool that spanned all three NCAA divisions.

Each scholarship winner receives a one-time, non-renewable grant of $7,500. The scholarships are awarded to student-athletes who excel academically and athletically and who are in their final year of intercollegiate athletics competition. Since the NCAA began the postgraduate program in 1964, a total of 80 Kenyon student-athletes have been awarded scholarships, ranking Kenyon second among all NCAA Division III institutions. (Earlier this year, Lords soccer captain Sam Clougher ’17 was awarded a scholarship during the fall sports round.)

Conover, who majored in physics, was a two-time Academic All-American as selected by members of the College Sports Information Directors of America (CoSIDA) and a four-time College Swimming Coaches Association of America (CSCAA) Scholar All-American. In national competition, he collected 15 career NCAA All-America awards and three national event titles, including winning the 1,650-yard freestyle and 500-yard freestyle in record-breaking fashion at the 2017 NCAA Championship. Additionally, Conover was a three-time member of the North Coast Athletic Conference (NCAC) Academic Honor Roll and was named Kenyon's 2016-17 Senior Athlete of the Year.

Crawford, also a physics major, was also named a 2017 Academic All-American by CoSIDA. At the 2017 NCAA Championship she scored top-25 finishes in three events and polished off her collegiate career with a total of four NCAA All-America certificates. Crawford was a 2016 Goldwater Scholarship recipient and was named Kenyon’s female winner of the 2017 NCAC Scholar-Athlete award. She was a four-time CSCAA Scholar All-American and a three-time member of the NCAC Academic Honor Roll. Additionally, she is being moved forward as Kenyon’s nominee for NCAA Woman of the Year.

Manz, who majored in biochemistry, was Kenyon’s first male swimmer to be named a CoSIDA Academic All-American in three consecutive seasons. He finished his collegiate career with 23 NCAA All-America awards, along with two national relay titles. He was named Kenyon’s male winner of the 2017 NCAC Scholar-Athlete award and, like Crawford, was a 2016 Goldwater Scholarship recipient. Manz also was a four-time CSCAA Scholar All-American and a three-time member of the NCAC Academic Honor Roll. Manz also is the recipient of a competitive National Science Foundation Graduate Research Fellowship.

Reardon double majored in psychology and philosophy. He was Kenyon’s 2017 winner of the Richard F. Hettlinger Award for the integrated program in humane studies. Reardon collected three CSCAA Scholar All-America honors and three NCAC Academic Honor Roll awards. At the 2017 NCAA Championship meet he posted top-10 finishes in three events, giving him a career total of 12 NCAA All-America awards. He won the 2016 NCAA title in the 200-yard breaststroke and holds the Kenyon record in the same event. 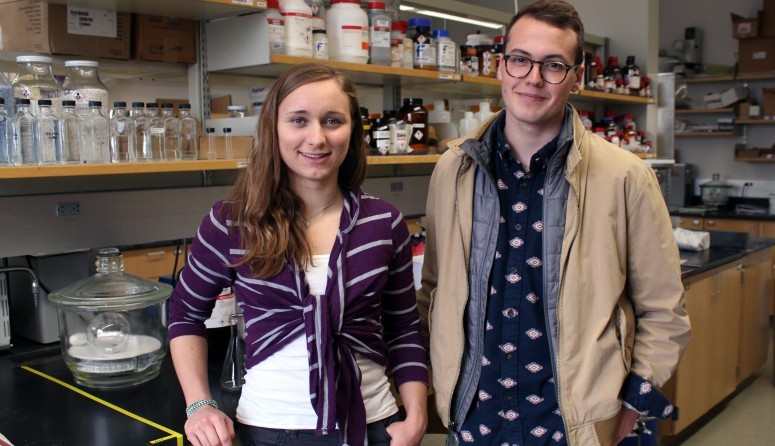