Dara Frank ’11 seeks peace in the Middle East, one step at a time. Frank is co-director of Detour: Tiyul-Rihla, an organization that brings Israelis and Palestinians together through historically themed walking tours (Tiyul-Rihlameans “trip” in Hebrew and Arabic). On Thursday, March 26, Frank and another Tiyul-Rihla leader, Ahmed Helou, will speak via livestream at 11:10 a.m. in Olin Auditorium.

The group takes participants to Muslim, Christian and Jewish sites, such as the West Bank cities of Jericho and Bethlehem, with the goal of fostering a deeper understanding between two peoples engaged in ongoing struggle. The walks enable Israelis and Palestinians, who often have never met or who have only met in a negative context, to engage safely in conversation, challenge preconceived notions and relate to each other on a personal level. “We have seen participants become more open-minded and curious. They come to understand the conflict on a more nuanced level,” Frank said.

Miriam Dean-Otting, professor of religious studies, took one of the tours last year when she was on sabbatical in Israel and has spearheaded the effort to allow Frank to speak virtually on campus. “I wanted to share this with a Kenyon audience,” she said. “It’s one of those rays of hope in what seems like a hopeless situation.”

Tiyul-Rihla differs from other dialogue programs in that it is as non-political as possible in order to appeal to a wide spectrum of participants. It strives toward balance by alternating trips between Israel and the Palestinian territories. “We do not directly delve into the conflict,” said Frank, who is a second-year graduate student at the Hebrew University in Jerusalem. “We learn history and understand how it can be used to shape each other’s understanding of the present. Another unusual feature of our program is that our tours are at least two days, providing a lot of free time for discussion: over dinner, in the hotel and out on the town.”

The organization is an outgrowth of a conference held in 2011 that encouraged the establishment of joint initiatives between Israelis and Palestinians. Originally a volunteer, Frank took over in 2012 to plan and coordinate the tours, raise funds, and promote the organization, among other duties.

“These are amazing encounters that take place,” Dean-Otting said. “Students will hear what they do and what comes of it.” 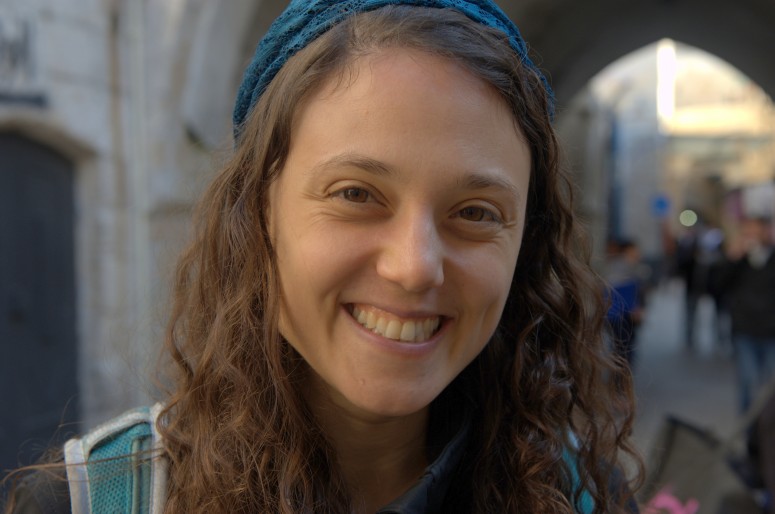