Although some mathematicians might not see the value in translating a 15th-century Arabic textbook, Ghada Bakbouk ’19, a math major from Damascus, Syria, knows that studying the origins of concepts can illuminate how they’ve developed in modern times. “It’s like having an old calculator and a new calculator,” she said. “I’m going to always use the new calculator, but there is definitely some benefit to knowing how this new calculator was made, or how it was designed, by looking at the older one.”

Bakbouk is one of two outstanding Kenyon students, along with philosophy major Qiyam Stewart ’21, to be honored with the Spring 2019 Franklin Miller Awards in recognition of their work in and out of the classroom.

The award is given to students who make unusual or significant contributions to the academic environment of the College. Each semester, a call for nominations is sent to faculty members, and Provost Joseph L. Klesner and Vice President for Student Affairs Meredith Harper Bonham ’92 read through the nominations to elect one or two recipients.

Bakbouk, who also was this year’s winner of the Anderson Cup, Kenyon’s highest student honor, was nominated by Professor of Mathematics Noah Aydin. “Ghada made a unique and substantial contribution to a monumental academic project: the translation of ‘Miftah al-Hisab’ (Key To Arithmetic) from Arabic to English,” Aydin wrote in his nomination. “Her contributions to this project go well beyond the Hill. It is a major work in the discipline of history of mathematics.”

The book is one of the most important in medieval Islamic civilization, and despite being rediscovered in 1948, has never been fully translated into English. Bakbouk’s work has helped prove that some mathematical concepts were discovered earlier than previously thought, by Eastern instead of Western scholars.

After crossing the stage at Commencement next weekend, Bakbouk’s post-graduation plans involve a move to the College of William & Mary in Williamsburg, Virginia, where she will pursue a doctorate in computer science — building off her Kenyon concentration in scientific computing.

Stewart, who is also a member of the Lords track and field team, was nominated by Ting Lowan, visiting assistant professor of sociology and legal studies. In her nomination, Lowan praised Stewart’s “extraordinary brilliance and earnestness” in courses that are part of Kenyon’s law and society concentration. Stewart believes the concentration pairs well with his philosophy major because it is “a really good opportunity to learn about how the law works within the greater context of society. It’s not a pre-law program, it’s law in relation to surrounding subjects, like sociology or political science or philosophy.”

The native of Los Angeles will spend this summer putting his knowledge into practice at an internship with the District of Columbia’s Metropolitan Police Department, found with the help of the Career Development Office’s online tools. In addition to working at the department’s academy for new recruits, Stewart will also conduct research. After graduation, he plans to apply to law school.

The Franklin Miller Award was established by Edward T. “Chip” Ordman ’64 in honor of Professor Emeritus of Physics Franklin Miller Jr., who died in 2012 at the age of 100. The award provides winners with a $250 credit to their Kenyon Bookstore accounts. 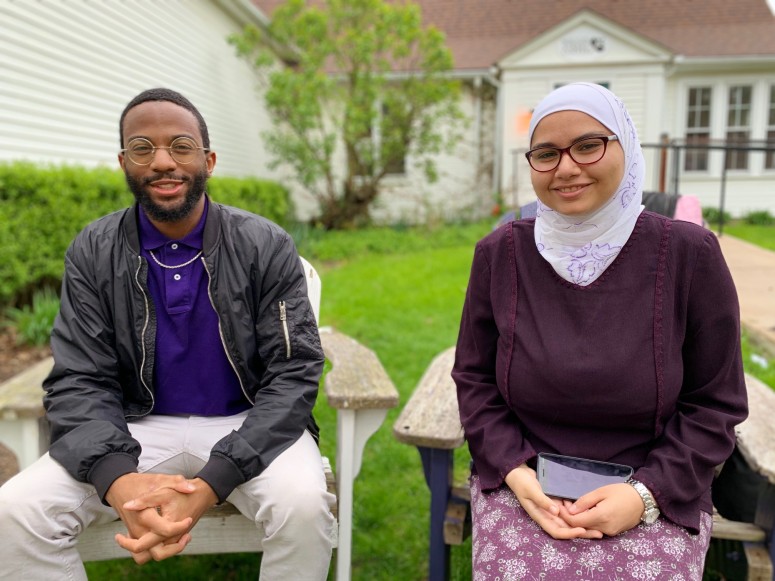