Adding to his already-impressive slate of accomplishments in both academics and athletics, Sam Justice '15 was recently selected as a recipient of an NCAA Postgraduate Scholarship.

A four-year member of the highly successful Lords soccer team, Justice was one of just 29 NCAA Division III fall sports participants to earn the award. He is just the second men's soccer player at Kenyon to be honored, but is the 66th overall Kenyon recipient (including all sports) since the scholarship program started in 1964. That total ranks second-best among all NCAA Division III institutions.

Justice will collect a one-time, non-renewable scholarship of $7,500 to help finance graduate school education. The Academic All-America defenseman has decided to pursue a master's degree in statistics this fall, but a final decision on where he'll be studying is pending.

Throughout the 2014 soccer season, Justice helped the Lords ring up an 18-2-2 record. The team won the North Coast Athletic Conference (NCAC) Tournament and made a second-straight appearance in the NCAA Tournament's third round of play. At the conclusion of the season, Justice was named the NCAC Defensive Player of the Year. Additionally, he collected All-Region and Academic All-Region honors, as well as All-America and Academic All-America honors from several different organizations.

"Sam personifies what Kenyon soccer is all about: 100 percent effort in the classroom and 100 percent dedication to the program," head coach Chris Brown said.

A mathematics major from Dexter, Michigan, with a 3.87 grade-point average, Justice anchored a Kenyon defensive unit that yielded just seven goals all season. He helped the team post program single-season records for both shutouts (16) and goals against average (0.31). 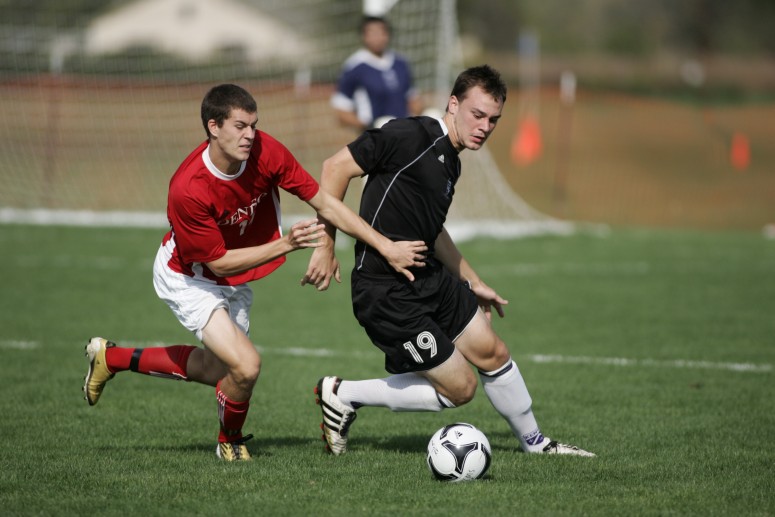