Nate Silver, the statistician and journalist best known for correctly predicting the electoral outcome of 49 states during the 2008 presidential election and all 50 in 2012, will give the graduation address at Kenyon’s 190th Commencement ceremony on May 19. Silver was nominated by a committee of faculty, staff and students, and President Sean Decatur extended the invitation from the College to deliver the address.

After his stunningly accurate 2008 prediction, Silver was named one of the world’s 100 most influential people by Time magazine in 2009. His website, FiveThirtyEight, named in reference to the number of electors in the U.S. Electoral College, was operated under the domain of the New York Times from 2010 until 2014. The brand currently is owned by ESPN. Silver also is a special correspondent for ABC News and has appeared on television programs including “The Colbert Report,” “The Daily Show” and “Real Time With Bill Maher.”

“Nate Silver is uniquely positioned to offer remarks to our graduating class on what it means to apply rigorous thinking and careful analysis to a variety of questions,” Decatur said. “Through his work extracting meaning from data on multiple fronts, from sports to science to politics, he exemplifies a core virtue of a liberal arts education: the ability to wrestle with tough and important questions through reason and analysis, as well as with passion. I am delighted to welcome Mr. Silver to campus as we celebrate the Class of 2018.”

“Nate Silver has an ability to connect with readers who are passionate about sports, politics, entertainment, global health, and more by applying his skills as a statistician and author,” said Senior Class President Eliza Abendroth ’18. “In the midst of the current media atmosphere, where the term ‘fake news’ is applied to much more than just politics, I think we, the Class of 2018, will benefit from an analytical perspective.”

Abendroth, a psychology major from Evanston, Illinois, served on the selection committee alongside Student Council President George Costanzo ’19 and Campus Senate Co-Chair Ben Douglas ’18. The committee was led by Professor of Mathematics Carol Schumacher, a former chair of the faculty.

In 2016, Silver’s record of correctly predicting political winners took a hit after he forecast Hillary Clinton to win the presidential election. Though his ultimate prediction was inaccurate, Silver projected that the election’s outcome would be far less certain than many assumed. His ability to sense the groundswell of support that propelled Donald Trump to victory foreshadowed a growing public interest in the voices of key voters in swing states such as Ohio.

Before he turned his career to political predictions, Silver established himself as an expert on baseball statistics. He developed the Player Empirical Comparison and Optimization Test Algorithm (PECOTA), an acclaimed forecasting system published by Baseball Prospectus that predicts individual and team performances.

Silver is the author of a series of books on baseball statistics as well as the 2012 best-seller “The Signal and the Noise,” which explores how statistics can be applied to illuminate real-world situations and inform the way people make decisions. Silver holds a bachelor’s degree in economics from the University of Chicago.

More details about Kenyon’s 190th Commencement will become available throughout the semester, and online registration for Commencement Weekend activities will open March 1. All members of the senior class will have the opportunity to vote on faculty/staff nominees to deliver an address at Kenyon’s Baccalaureate ceremony, held the day before Commencement. 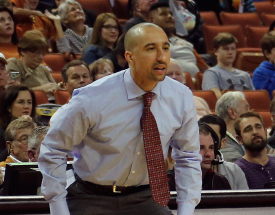 Star basketball coach Shaka Smart ’99 will deliver the Commencement address for the Class of 2017.

Read more about Shaka Smart.
Join our path forward.
Give To Kenyon
Loading