Four Kenyon students turned their desire to learn more about rural Ohio into a celebration of the Knox County community’s diverse narratives. After a yearlong oral history project that involved hours of interviews and a 17-page academic paper, Sarah Aguilar ’19, Maria Brescia-Weiler ’19, Mary Grace Detmer ’19 and Gabe Jimenez-Ekman ’19 transformed their independent study of Kenyon’s surrounding county into a play, “Rooted: Stories of Knox County,” presented at 7:30 p.m. Saturday, Dec. 9, and 2 p.m. Sunday, Dec. 10, at the theater of Mount Vernon Arts (MTVarts) in nearby Mount Vernon.

Upon taking “Life Along the Kokosing,” a sociology course that explored Knox County through readings and collecting oral histories, Jimenez-Ekman, from Chicago, Brescia-Weiler, from Washington, D.C., and Aguilar, from Geneva, Illinois, wanted to continue their scholarly pursuit of the community. “We wanted to hear more stories, and [designing an] oral history project was the best way to do that,” Aguilar explained.

With the help of Professor of Spanish Clara Román-Odio P’11,’18, who had created “Latinos in Rural America,” an oral history project exploring the lives of Latinos in Knox County, the students, joined by Detmer of River Forest, Illinois, embarked on a 16-week independent study course in spring 2017. By studying the craft of oral history collection and conducting hours of interviews, this oral history project allowed each student to think more critically about interpersonal interactions while giving community members the “opportunity to pause and reflect on the place they call home,” Román-Odio said.

The students interviewed 15 Knox County residents and explored their similarities. “We were talking to people who, on the surface, we know nothing about … whom we have no shared interests with,” Jimenez-Ekman said. “But that’s how I realized: Although there are differences in people, there’s an intense feeling of sameness between us all.”

Román-Odio said that these local narratives showed Knox County’s “great vitality and expansive humanity,” inspiring the students to share the project with the public. “Everyone had something super interesting to say,” Brescia-Weiler recalled. “There was an overwhelming sense of hope and rootedness in each interview.” Finding countless parallels between interviews, and striving to encourage continued dialogue between communities, Brescia-Weiler took a cue from “The Laramie Project” and turned their semester of work into a play. “You can’t leave a play,” Brescia-Weiler explained. “For two hours, you have to be in the same room as other strangers, talking to them about your thoughts, without fast forwarding or skipping over anything.”

“A play can be an intense experience, because you are using all your senses to capture meaning,” said Román-Odio. Brescia-Weiler and her classmates collaborated with MTVarts, a nonprofit community theater production company, to create a full on-stage performance with both Kenyon students and Knox County residents as actors. “This will be an occasion for both the Knox County community and the Kenyon College community to celebrate the contributions of these voices … and the dedicated work of our students and of MTVarts, in particular of [MTVarts’] Janis Stone, the producer, and Bruce Jacklin, the director. Bringing a project like this to fruition takes strong friendship and collaboration,” Román-Odio said.

When reflecting on the project, Brescia-Weiler considered how this community-engaged learning project helped her understand not only her world, but also herself, better. “Thinking about one’s own sense of place has changed the way I think about everything and how I conceptualize relationships or what I want to do after college. I feel myself growing.” 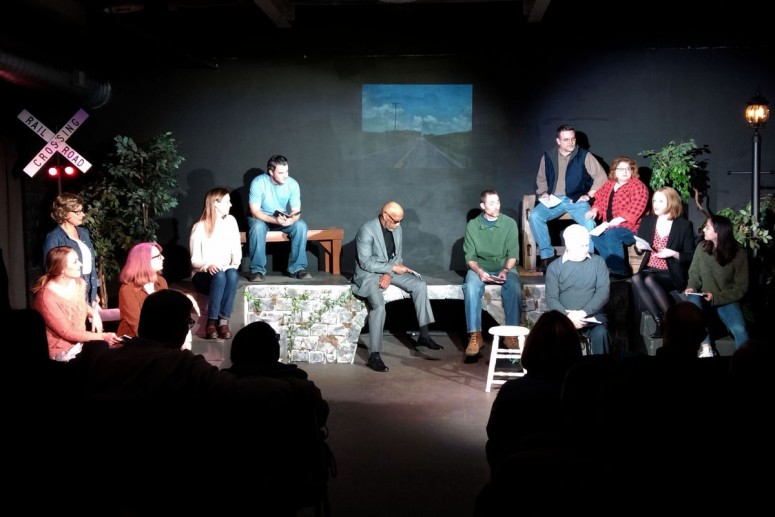