Just days after celebrating the College’s 190th Commencement, Kenyon welcomed back generations of alumni for Reunion Weekend, May 25-27. More than 1,300 people traveled to Gambier to attend the festivities, hailing from at least 40 states and five countries — from the United Kingdom to the United Arab Emirates — according to the Office of Alumni and Parent Engagement.

This year’s event hosted class years ending in three and eight, from 1968 to 2013 (older alumni were able to gather for a Post-50th Reunion in April). Members of three Kenyon a cappella groups — the Owl Creeks, Cornerstones and Stairwells — also reunited and marked the weekend with special performances.

“This year’s Reunion is remarkable in that for the first time, nine out of 10 reunions are being celebrated by modern, coeducational sized classes,” said Scott Baker ’94, associate vice president for alumni and parent engagement. “It is sure to be a record-breaker in terms of attendance.” Kenyon’s first fully coeducational class graduated 45 years ago, in 1973.

Notable activities for the weekend included:

At a Saturday afternoon alumni awards luncheon in Peirce Dining Hall’s Great Hall, many dedicated Kenyon alumni were recognized for their service to the College, including: 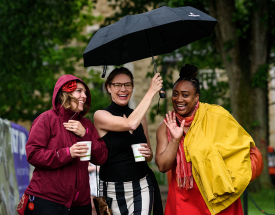 Learn more about Reunion Weekend 2018, including a full list of alumni award winners. 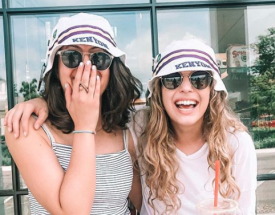 Kenyon alumni shared all the best moments from Reunion Weekend 2018 on social media. 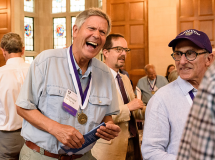 Hanging out on the lawn at Reunion. Interspecies and intergenerational friendships are forged. 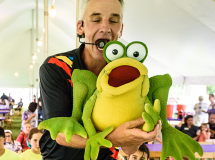 A relaxed moment during Reunion Weekend. Reconnecting with professors at the all-reunion reception. 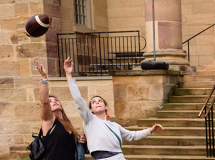 A fun moment in between class photos. 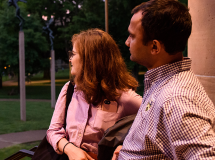 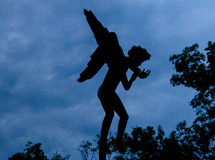 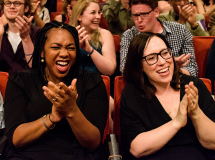 Alumni enjoys the crooning of the Owl Creeks. Class photos in front of Rosse. The annual parade of classes gets in formation. 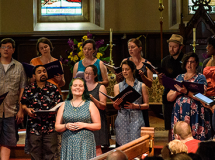 The Cornerstones perform in the Church of the Holy Spirit. 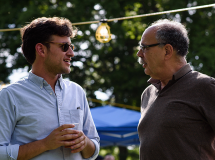 Reconnecting with a faculty mentor at the hospitality tent. 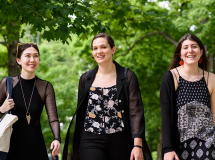