Note: This profile was originally published in the Winter 2009 issue of the Alumni Bulletin. We republish it now on the occasion of the 10th anniversary of the death of Paul Newman ’49 H’61.

The outpouring of tributes stands as testimony, if we ever needed it, that right to the end Paul Newman ’49 maintained a towering stature in the eyes of the world. That he belonged to the world, there is no doubt.

Yet before he made his way in the world, he was one of us.

Before he was ever paid a dime to speak a line, Paul Newman trod the boards as a Hill Theater actor. Long before combining his entrepreneurial skills and philanthropic impulses as the world’s popcorn, spaghetti sauce and salad dressing king, he was known as the Laundry Man of T-Barracks. And years before assuming one of his most respected roles, as a famously loving husband in a marriage of more than 50 years, he was a loyal son of Kenyon.

Let the rest of the world talk about the Paul Newman they knew and loved. The Bulletin celebrates the life of one of the liveliest and most generous men ever to walk Middle Path, our very own “P.L.”

On May 2, 1946, having finished his tour of World War II duty, Paul Leonard Newman submitted his application to Kenyon. He noted that he had “always participated in sports ... but my main extra-curricular activity has always been dramatics.”

His personal essay contained a revelation: “Reluctantly I confess that I am an ardent ‘boogie-woogie’ pianist.”

The future he then imagined for himself was influenced, perhaps, by his family’s sporting goods business. “After absorbing a broad education I intend to take a post-graduate course in business administration, enter the retail merchandising field and later, perhaps, to hold an executive position with a large department store.”

Newman entered Kenyon on July 8, enrolled before the fall semester in a summer session organized to meet the needs of discharged GIs.

Newman joined KCDC after being kicked off the football team because of a barroom squabble in Mount Vernon. His drama professor, James Michael, who joined the College in 1947, remembered “having trouble not casting Paul as the lead in every play,” but Newman said of himself that he was a bad actor and a slow study who had persistence and focus but little natural talent. “Acting is like letting your pants down,” he told a Time magazine reporter in 1982, “you’re exposed.”

He made his Kenyon debut in 1947 as Hildy Johnson, the male lead in “The Front Page.” He went on to appear in nine more drama productions, including “Charley’s Aunt,” “R.U.R.,” Petruchio in “The Taming of the Shrew,” “Heartbreak House,” an adaptation of Jean Anouilh’s “Antigone” and “The Alchemist.” In the latter, he made the audience roar and nearly broke up the other members of the cast when he appeared on stage as an over-the-top, lisping version of a 17th-century prelate — a characterization that had not been rehearsed.

“Charley’s Aunt,” which featured Newman in drag, opened less than a week after the Old Kenyon fire in 1949, bringing laughter and healing to a traumatized community. Newman’s performance was reviewed in the Collegian: “Dressed in demure black, he looked and acted convincingly enough to convince almost all that he might be the real aunt.”

“I wasn’t driven to acting by any natural compulsion,” he later said. “I was running away from the sporting goods business.”

The Laundry Man of T-Barracks

The young entrepreneur organized Newman’s Laundry and Dry Cleaning Service, operating first out of his dorm room in the T-Barracks (a large, T-shaped building in a complex of temporary housing built for servicemen attending college under the GI Bill) and later out of a rented space in downtown Gambier. He’d collect bundles of socks, trousers and shirts on drop-off day and deliver them to a professional Mount Vernon laundering concern, where he’d pick up the previous week’s work.

The late Robert Davis ’50 recalled dropping off his clothes and seeing “piled high, over and around Paul’s desk ... a wall of bundles. There was scarcely space to move about.” Peter Schroeder ’50 remembers the Newman laundry slip, which read: “If your laundry isn’t becoming to you, it should be coming to me.” To help launch the enterprise, Newman offered a beer with every load, a successful strategy that caused business to pick up considerably. He eventually knocked out the competition and held a monopoly on the campus clothes-cleaning business.

In a mock-autobiographical column published in the May 4, 1949, issue of the Collegian, Newman claimed that he started the laundry business because it was cleaner work than painting flats. “Every Monday night I would trudge around the barracks area collecting shirts with dirty collars,” he wrote. “Every Friday afternoon I would trudge back through the barracks area returning shirts without any collars. Sometimes not even returning the shirts. The business grew and grew until now the laundry is, as one Gambier citizen put it, ‘Yep; only studunt entaprize on main-street.’”

Another early entrepreneurial endeavor involved taking corsage orders before dance weekends. Newman would drive to Cleveland, his hometown, to get flowers from a wholesale florist, then bring the corsages back to campus for distribution. Business blossomed. As orders increased and more cars were required to transport the flowers, Newman enlisted his girlfriend to find dates for his friends. They’d all head up to Cleveland in separate cars, returning with dates and corsage-loaded vehicles.

In 1949, Newman wrote, directed and performed in a raucous student musical that took the campus as its satiric target. Twelve years later, it was recalled that “the production caused a high mortality among faculty and administration egos, and almost decided the Dean of the College to take up another line of business.” Newman himself had played the dean.

More than one Kenyon contemporary remembers Newman wearing a raccoon coat that reached down to his ankles. (According to one, the coat had pockets deep enough to conceal a beer.) Doug Downey ’51, posting to Kenyon’s online memory board, recalled P.L. wearing mittens attached to a string threaded through the sleeves of his jacket. “I doubt if many other students could have gotten away with that,” he remarked.

On June 3, 1961, Kenyon awarded Newman an Honorary Doctor of Letters degree. The citation on this occasion lauded Newman for demonstrating “the peculiar kind of theatrical skill which can make a weak line, or a bad scene, seem bold and almost original.”

President F. Edward Lund H’68 paid tribute to “the lively and irreverent young man who was a student on this green hill not very many years ago. Such recollections have the effect of assuring us that something of you remains in this place, and that something of Kenyon goes wherever you go.”

Newman was remembered for his many acting roles in “plays at the Hill Theatre, which were better for your part in them.” The citation also paid homage to Newman’s “other roles to which you brought the same theatrical gusto: that of perennial master of ceremonies at the famous (or, as I rather fear, infamous) T-Barracks, of itinerant laundryman; of marathon talker at the local pub, Dorothy’s.”

Newman’s magnanimity to causes close to his heart is well known and well documented. He believed in giving back and making opportunities for those less lucky in life than he had been. Kenyon, we may all be thankful, became one of his causes. Over the years, the College benefited from his sustained generosity, most recently exemplified in his $10 million leadership gift to the “We Are Kenyon” campaign for financial aid to the neediest students. He and his wife, Joanne Woodward, generously spearheaded the “Claiming Our Place” campaign in the late 1990s, endowing the College with a leadership gift at that time as well.

Newman gave more than money. He offered his time to enrich dramatic life on campus. He spent the better part of a year and returned to campus for two months in 1978 to direct the world debut of “C.C. Pyle and the Bunion Derby” in the new Bolton Theater. He formed relationships not only with the students he cast and directed but others on campus at the time. He was remembered pulling a wagonload of beer down Middle Path and giving one to anyone who stopped to say hello. He’d go into the Village Inn for an evening and stop at tables, talking with students, connecting with them. His actors speak movingly of his impact on them.

Newman came up with the idea of directing the play and spending time with the students at a time when College administrators were pursuing him to make a “meaningful contribution” to the school. According to an Erie (Pennsylvania) Daily Times reporter who was on campus at the time, President Philip Jordan Jr. H’95 admitted to Newman that they had hoped for a monetary gift, but that Newman had in fact given so much more — working hard with the students, eating with them, sharing with them the secrets of his stagecraft. Newman replied, “Money is cheap. If it was all you wanted, you should have said so. I tried to give something that had meaning.” And then he sent the College an extremely generous monetary donation.

Newman’s and Woodward’s contributions to Kenyon, and to dramatic life on campus, did not end there. Both were central to the formation in 1979 of the Kenyon Festival Theater, an ambitious summer-stock company that drew audiences to campus for five years. They endowed the acting awards for the outstanding male and female student actors given annually at Honors Day and were contributors to the James E. Michael chair for Kenyon’s playwright-in-residence. They contributed quietly and generously to important College initiatives over the years.

Perhaps no one said it better than an anonymous contributor to the memory board who wrote: “It was not what he returned to Kenyon, although that was extraordinary, it was that he came from Kenyon — one of us.”

Gifted, charismatic, a hellraiser who was also humble and grateful for everything he’d received. To P.L.: If something of Kenyon goes with you, how much the luckier are we that something of you stays with us. 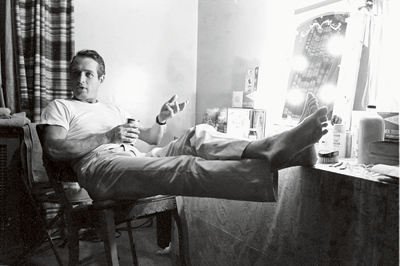 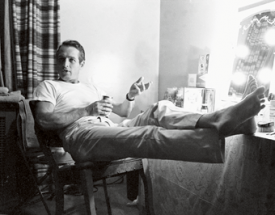 We asked Wendy MacLeod ’81 P’15,’17, James E. Michael Playwright-in-Residence, to tell us about her favorites among Newman’s film roles. With so many gems to choose from, it’s not easy to select just a few.

Read the top picks.
Join our path forward.
Give To Kenyon
Loading