A composer will play her original score at a free screening of the 1918 silent film The Yellow Ticket about a Jewish woman forced to lead a double life in a brothel while attending medical school in Russia. The showing will be 6 to 8 p.m. Saturday, March 28, in the Community Foundation Theater of the Gund Gallery.

The movie features Polish actress Pola Negri before she became a Hollywood star. Her character from a village in Poland learned that Jewish women are allowed to work in Russia only as sex workers with a yellow passport. She got the passport to live in the country and went to school using a false identity.

Alicia Svigals, a leading violinist in the klezmer fiddle style heard in the Jewish villages, or shtetls, will perform the score at the screening with Canadian jazz pianist Marilyn Lerner.

Svigals is the founder of the Grammy-winning Klezmatics, which she co-directed for 17 years. She has written for violinist Itzhak Perlman, the Kronos Quartet, playwright Tony Kushner and documentary filmmaker Judith Helfand. In addition, she has collaborated with poet Allen Ginsberg, as well as Robert Plant and Jimmy Page of Led Zeppelin and many others. She has appeared on the Late Show with David Letterman, Good Morning America, PBS’s Great Performances and NPR’s A Prairie Home Companion and Weekend Edition.

Saturday’s program is a collaboration of Leo Riegert, associate professor of German, Natalia Olshanskaya, professor of Russian, and the Gund Gallery. Co-sponsors include the departments of Modern Languages and Literature, Religious Studies, Women’s and Gender Studies, and Music, along with the Office of the Provost, Hillel and the Kenyon Review. 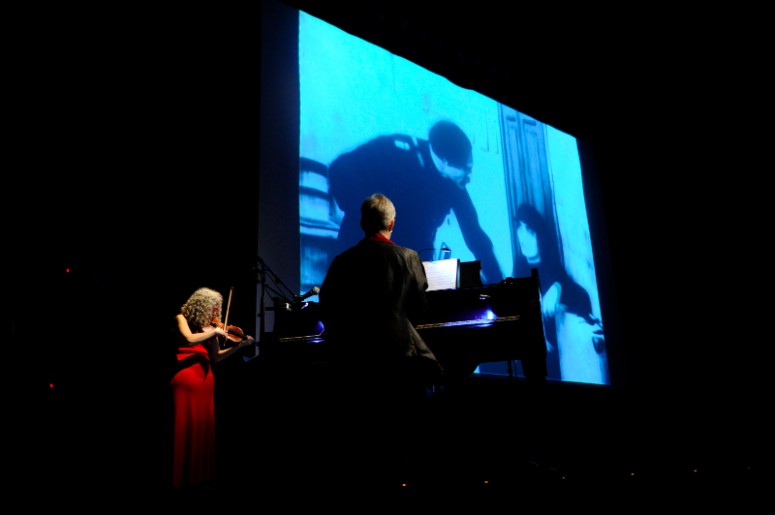