During its October meeting, the Kenyon College Board of Trustees approved the promotions of 10 faculty members to the rank of full professor.

Provost Joseph L. Klesner said the work of the faculty Tenure and Promotion Committee is reaffirming. “The committee members and I regularly read of the terrific teaching our colleagues are doing, of their remarkable successes as scholars and artists, and of how, by their service to the College and community, they make this place work,” Klesner said. “This is especially true when we read the dossiers of our colleagues standing for promotion to full professor."

Aydin joined the faculty in 2002. His primary research area is algebraic coding theory, and his research interests include applications of algebra, finite fields, cryptography, combinatorics, theoretical computer science and history of science. In addition to mathematics courses, he teaches introductory computer science courses.

Corrigan joined the faculty in 2002. His research focuses primarily on estimating the value consumers place on new product traits. He has expertise in experimental economics, agricultural economics, environmental and resource economics, and public sector economics.

Edmonds joined the faculty in 2003. His areas of expertise include African diaspora religions, religion in America and sociology of religion. His research and publication have focused primarily on Rastafari but include other religious traditions in the Caribbean.

Hardy joined the faculty in 2004 after having previously taught at Kenyon in 1996-98. He is also part of the Environmental Studies faculty and teaches courses on human ecology and human evolution. Trained in paleoanthropology, he has worked on the Paleolithic of Europe and Africa, particularly with early hominids and Neanderthals.

McNair joined the faculty in 2001 after experience as a police officer and special agent with the U.S. Treasury Department. His research focuses on relations between African Americans and the criminal justice system. He has expertise in civil rights, slavery and Southern history, criminal justice history, African American political and intellectual culture, and the dynamics of American identity formation.

Milnikel joined the faculty in 2002. His research is focused on the mathematical analysis of logic as used in computer science. His teaching bridges math and computer science, including algebra and calculus courses as well as logic and introductory programming.

Peiris joined the faculty in 2001. He works on nanostructures and optical and electronic properties of thin films. He teaches courses in oscillations and waves, classical mechanics and condensed matter physics.

Van Ausdall joined the faculty in 2007. She teaches courses on the sculpture, painting, and architecture of 14th to 17th century Europe. She has a research interest in the sacred art of the Renaissance and the ways that it manifests itself in both Italian and Northern European imagery, and her expertise includes early Italian art, Italian Renaissance art, Northern Renaissance art and Baroque art.

Yang joined the faculty in 2003. He teaches courses in philosophy, ethics and moral psychology, and his areas of expertise include ethics, Chinese philosophy, political philosophy and philosophy of language. He serves as president of the International Society for Comparative Studies of Chinese and Western Philosophy for the 2014-17 term. 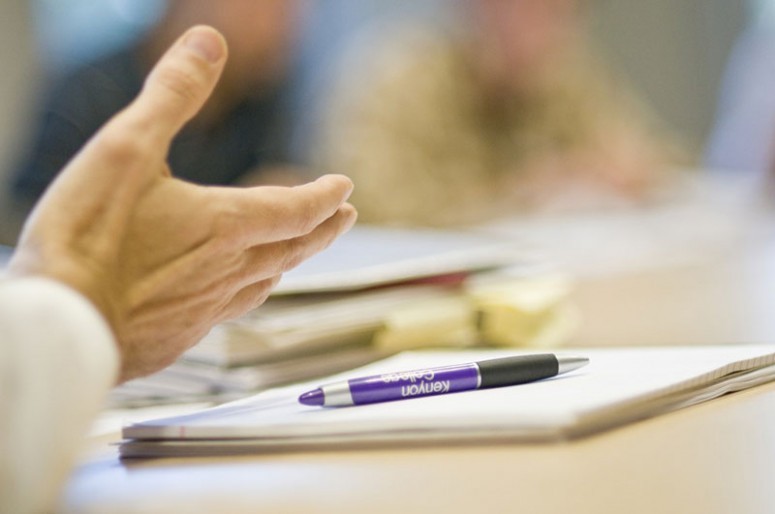