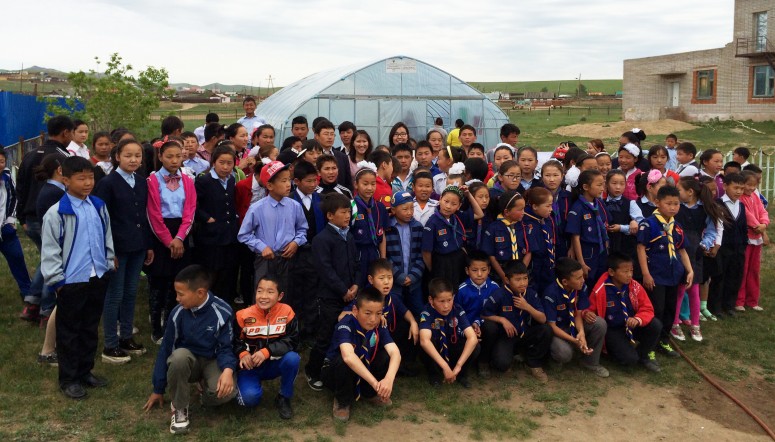 A greenhouse in Mongolia could help defeat diabetes. The diabetes rate in the region is 7.5 percent, and most instances of the disease could be prevented with a healthier diet. But a diet rich in fruits and vegetables is hard to come by for the country’s rural population, which subsists largely on dairy and meat.

So Zolzaya (Zoey) Erdenebileg ’14 and Tselmegtsetseg (Tee) Tsetsendelger ’15, both Mongolian, came up with the idea to build a greenhouse in a rural town in northern Mongolia and teach local students and residents how to grow and cook fresh fruits and vegetables. They were awarded $10,000 from the Davis Projects For Peace, a program to help scholars implement grassroots public service projects around the world.

Their proposal was one of seven submitted to the Davis United World College committee at Kenyon, according to Meg Galipault, director of corporate and foundation relations. It was the only one sent on to the Projects for Peace committee, which receives hundreds of applicants from colleges and universities around the country. One hundred awards are given out each year.

Galipault said the strongest part of the students’ proposal was the lasting impact of the greenhouse. “What a lot of these projects are really about is to have some type of long-term effect on the community,” she said.  “And there’s definitely need there. They have to travel so far to get fresh food.”

Erdenebileg, who graduated with a double major in international studies and economics, and Tsetsendelger, a senior international studies major, built the greenhouse this summer. With the help of a biology teacher in the town where they were working, they grew peppers, tomatoes and cucumbers­ — some of which were then pickled and stored for the winter. In addition, because of the fluctuation in currency, Erdenebileg and Tsetsendelger had money left over to furnish and carpet a study room at the school.

Tsetsendelger has a personal connection to the school where the greenhouse was built: Her grandfather started it in the 1960s. Her father also had worked there as a teacher and a principal. She returns every year with her family, and the visits now will help her keep track of how the project is progressing. “This school had a special place in my heart,” she said.