Kenyon College has made available extensive research on the Gullah culture of the South Carolina and Georgia Sea Islands, a culture closer to 1715 than 2019 in its vernacular.

The Gullah Digital Archive is based on years of study done by Professor of American Studies Peter Rutkoff and Professor Emeritus of History Will Scott with assistance from Kenyon students and Ohio public school teachers in the Kenyon Academic Partnership program.

Historians estimate that up to 40 percent of the West Africans brought to North America for enslavement arrived through Charleston, South Carolina. The language and culture of those enslaved people blended West African and American elements, and those who remained on the Sea Islands retained the most distinctive West African characteristics.

Today only about 6,000 Gullah speakers remain. The majority of them live on St. Helena, an island across the sound from Hilton Head in Beaufort County, South Carolina. The culture survived on St. Helena because much of the property there is held in common, so a whole group of people, usually an extended family, has to agree to sell the property.

“That is a real hindrance to development,” Rutkoff said. “St. Helena is a twin of Hilton Head. Why did one local community survive and the other didn’t? It’s because they had a much stronger sense of their cultural heritage.”

Kenyon’s archive contains transcripts of interviews conducted by the Kenyon researchers. It also has 82 videos that total about 250 hours of interviews and cultural recordings. Some of the interviews were with people whose grandparents were enslaved.

One mark of the decline of the Gullah community is the decrease in “praise houses” on St. Helena, from 22 to only two today. Kenyon’s archive includes many photos of the abandoned worship buildings.

“Our goal was, before everybody died, to record as many people as possible as we talked to them about their lives and their culture,” Rutkoff said.

The Gullah research by Rutkoff and Scott was the subject of the first Kenyon Unique lecture that showcases landmark work done by members of the Kenyon community. Over the years, the Gullah project received funding support from the Martha Holden Jennings Foundation, the National Endowment for the Humanities, the Mather Foundation and Kenyon’s faculty development resources.

The Gullah research grew out of the “North by South” class that Rutkoff and Scott co-taught for many years. They took students to places such as Birmingham, Alabama; Chicago; Pittsburgh; and Charleston to better understand African American culture. They gradually incorporated public school teachers and received grants for doing research on the trips. It took years to build enough trust to get access to some of the Gullah sites and speakers on St. Helena, according to Rutkoff.

“The more we went to South Carolina and the more time we spent on this research, the richer it felt,” Rutkoff said.

One of Rutkoff’s American studies students, Lena Mazel ’18, did much of the work to complete the archive’s website and bibliography before her graduation. 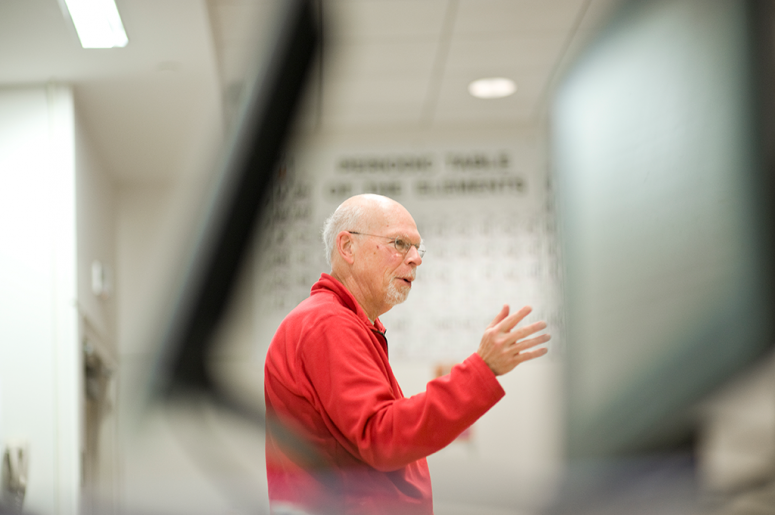