The Kenyon College nonprofit land trust has changed its name to the Philander Chase Conservancy.

The state of Ohio granted the name change in February to the trust that began in 2000 as the Philander Chase Corporation.

“The new name really reflects what we are doing. People can now read ‘Philander Chase Conservancy’ and understand our mission at a glance,” said Lisa Schott ’80, managing director of the land trust.

The trust encourages the preservation of land around Gambier by helping landowners through a deed-restriction process. The conservancy can purchase land outright, but most of its work is providing technical assistance and financial support to private landowners in the purchase of conservation and agricultural easements.

Zali Win ’84, chair of the Philander Chase Conservancy Board of Trustees, said, “PCC’s accomplishments over the past 15 years will ensure that a substantial portion of our region’s watershed and natural resources will be protected for generations to come. Our new name reflects one of the many new initiatives in our long-term partnership with local farmers, landowners and the community. It is heartening to know that the open vistas we see today will be enjoyed by our grandchildren.”

The conservancy holds 21 conservation easements and 17 agricultural easements. Those development restrictions protect more than 5,000 acres within a 5-mile radius of Gambier in perpetuity, except in cases of eminent domain. The easements prohibit certain types of commercial and large residential subdivision development.

The Philander Chase land trust has evolved into a greater civic force for natural beauty and the area’s agricultural heritage. The preservation work of the College and the conservancy is at the forefront of an increasingly widespread phenomenon: Institutions of higher education also are becoming institutions of land preservation.

The College awoke to the issue when a recreational-vehicle park was proposed along the Kokosing River near the entrance to Kenyon, at the intersection of state Routes 229 and 308, in the 1980s. The “Claiming Our Place” campaign launched in 1996 with a goal of $1 million for land acquisition and preservation, and donors responded with about $3 million.

The corporation formed in 2000, the same year as the Owl Creek Conservancy, which seeks to protect land across Knox County. The two nonprofit organizations have become conservation catalysts for the rural county, and the name change for the Kenyon land trust was made in part to reflect that close working relationship.

“At the land trust, one of our biggest goals is to protect land along the river,” Schott said.

In recent years, the College has added to its contiguous land holdings as opportunities arose and money became available through donations. Kenyon and the conservancy own about 1,200 acres, including the 2012 purchase of the 11-acre Kenyon Farm just east of Gambier and the 2013 purchase of a 51-acre golf course that has been converted into a nature preserve and natural burial setting, now called the Kokosing Nature Preserve. 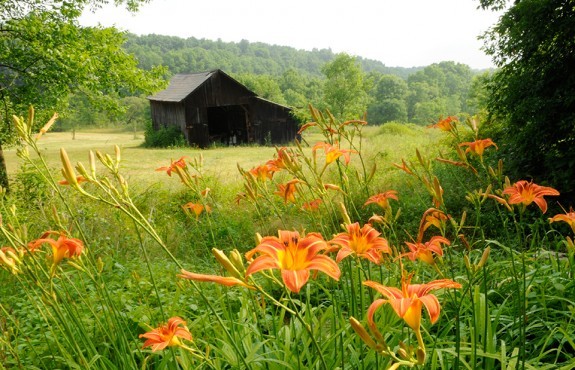