Now approaching its 160th birthday, the Kenyon Collegian knows a bit about growing with the times. The staff will hold a panel discussion titled “How Media Affects History” Saturday, April 4, at 4 p.m. in the Gund Gallery’s Community Foundation Theater.

Panel members — including Andrew Welsh-Huggins ’83 P’17, legal affairs reporter for the Associated Press, and David Shipley P’17, senior executive editor for Bloomberg View — will answer questions concerning the historical effects of media coverage, such as the extent to which instantaneous coverage exacerbated or bettered issues like the rise of ISIS in the Middle East and the police shooting and subsequent riots in Ferguson, Missouri. The panel also will answer questions from the audience.

The panelists, all of whom maintain a Kenyon connection, embody a wide variety of journalism careers, says Julie France ’15, a philosophy major from Columbus, Ohio, and managing editor of the Collegian. “What I love about the speakers coming this year is that they all have had such varied careers in journalism. Audience members will find there often isn’t a natural trajectory to your dream job. One of our speakers, Dennis Dunlavey P’15, started off as a disc jockey at his college radio station and now is a senior Washington editor for ABC, having worked in radio, at Good Morning America, Nightline and This Week.”

A reception with refreshments will follow the panel discussion. 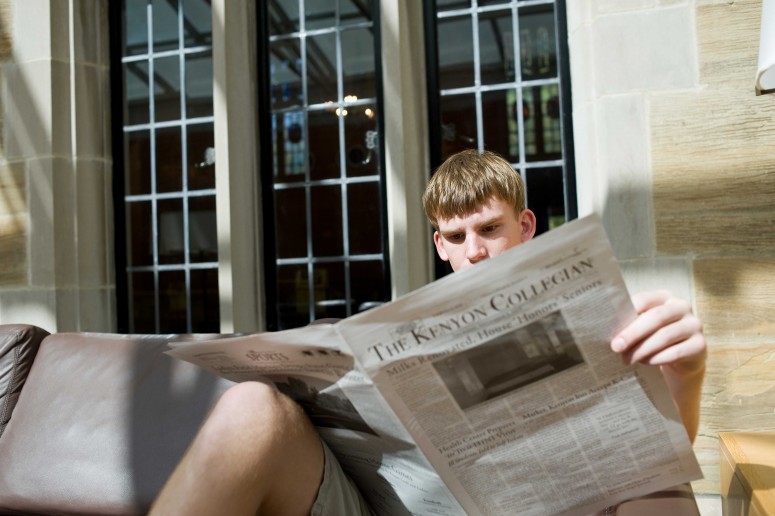