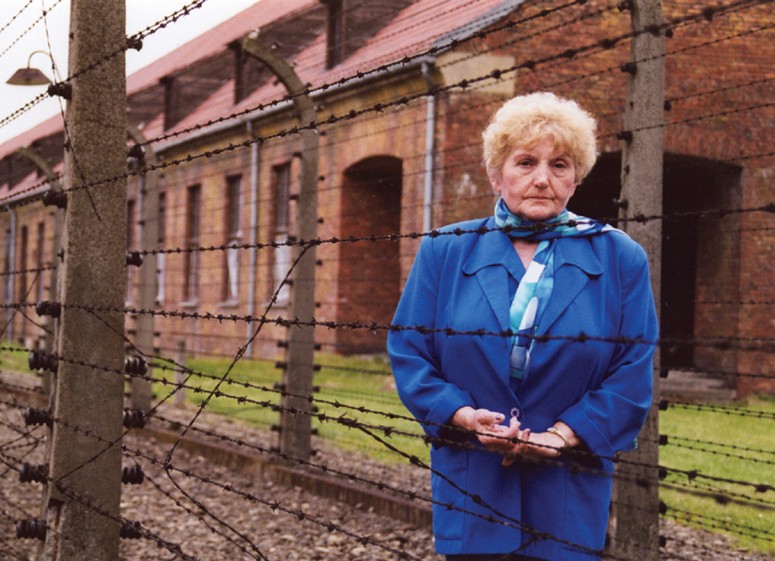 Eva Kor outside of Auschwitz

After Eva Mozes Kor arrived by cattle car at the Auschwitz concentration camp with her 10-year-old identical-twin sister, Miriam, in 1944, her Nazi captors told her she had two weeks to live. The fact that she recently celebrated her 80th birthday demonstrates the spirit of a survivor.

Kor visits Kenyon this week on Thursday at 4:30 p.m. in Peirce Lounge to speak about the unspeakable: her experience as a human guinea pig in the horrific genetic experiments conducted on twins by Nazi physician Joseph Mengele, the so-called “Angel of Death.”

Of the approximately 1,500 sets of twins imprisoned in the concentration camp, the Kor twins were among the few who survived Mengele’s brutal surgeries and injections. Eva now makes public appearances to keep alive memories of the Holocaust.

“I think having a survivor speak from personal experience is the best way possible to counteract the terrible denial that continues to persist about the existence of the Holocaust,” said Professor of Psychology Allan Fenigstein, who teaches a course on the Holocaust and booked Eva’s presentation. “She is one of the few people still alive who went through the horrific medical experiments in Mengele’s twins program. That makes her story unusual.”

Eva and Miriam – whose mother, father and two older sisters perished at Auschwitz – immigrated after the camp was liberated to Israel where they lived in a kibbutz with other orphans and later joined the Israeli army. In 1980, Eva married American tourist Michael Kor, also a concentration camp survivor, and settled in Terre Haute, Indiana. Miriam died in 1993 of a rare form of cancer, possibly a result of her torture in the death camp.

The author of several books about her experience, Eva founded the CANDLES Holocaust Museum and Education Center in Terre Haute, dedicated to Holocaust education and the reunion of individual twins who survived Mengele’s experiments.

On the 50th anniversary of the liberation of Auschwitz in 1985, Eva surprised many when she publicly announced that she forgave the Nazis. It was necessary, she said, to complete healing from her childhood ordeal. Since then, she has expanded her focus to promote personal and social peace.

“She has taught people the power of forgiveness and the nature of resilience,” Fenigstein said. “Despite her horrible experiences, she proves you can still live in a powerful and meaningful way. She dealt with a world of hatred and is trying to build one based on peace and love.”

Kor’s free talk will be followed by a reception where she will sign her books. To learn more about her visit, call 740-427-5622.

Kor’s visit is sponsored by the Board of Spiritual and Religious Life, Department of History, Department of Modern Languages and Literatures, Department of Psychology, Hillel, the Kenyon Review, and the Office of Student Activities.