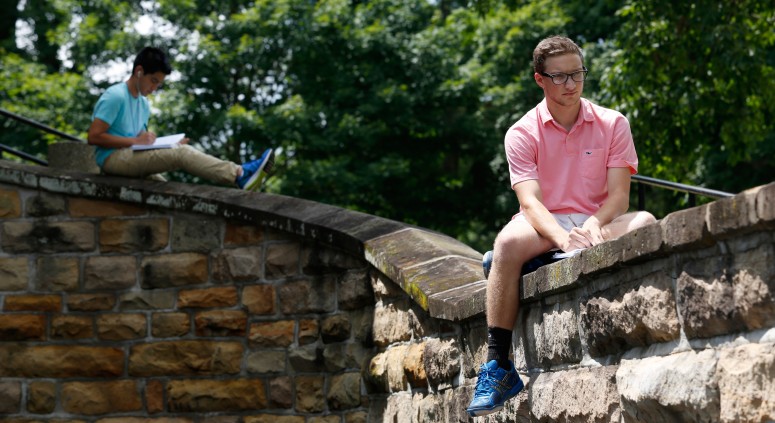 Luciana Arbus-Scandiffio worried how she would stack up against the 100 high school students she joined at Kenyon to write for hours and hours each day for two weeks.

“My fears were being competitive and thinking everyone here has already written a novel,” said the 16-year-old, who will be a high school senior this fall in Maplewood, New Jersey. But when her instructor for the Kenyon Review Young Writers Workshop asked participants to share their anxieties about the conference on the first day, she realized everyone had similar thoughts.

Instead, she found a supportive environment to share her work at Young Writers, one of the country’s most competitive high school writing programs. About 1,000 people applied, and 200 students from 44 states and six countries were admitted this summer, split between two sessions.

Participants form close bonds, sticking primarily with one teacher and a core group that does not exceed 14 students for daily writing sessions. They fill notebooks with handwritten prose, nonfiction and poetry, mirroring styles from readings or responding to prompts, including one that asks students what they left behind and what they brought with them to Gambier.

Through the course of writing, the students end up sharing deeply personal details with their classmates in the opening days. “It’s like you skip the small talk and get right to the guts of the person,” Arbus-Scandiffio said.

Students and instructors, seated in a circle, read their work aloud, and Arbus-Scandiffio said no matter how much readers’ voices shake or how unprepared they are to share, the others encourage them, snapping their fingers to show their support. “There’s this camaraderie. It’s just a really magical feeling.”

Tory Weber ’02, associate director of programs and fellowships for the Kenyon Review, said program administrators are considering expanding Young Writers to three sessions as early as next year if staffing allows. They want to try to reach more of the talented students they have to turn away.

Young Writers recruits top instructors to stay competitive with other workshops that have started since Review Editor David Lynn ’76 P’14 established the program in 1990 with a couple of teachers and about 20 students. Now, most instructors have a master’s of fine arts or other graduate degree and are committed to the program’s focus of getting students to write every day without judgment about their results, said Weber, who has worked with the program since she was a Kenyon student.

“It’s not about criticism and grading. It’s really just about encouraging production and creative exploration,” she said.

Participants, all rising juniors and seniors, said the program also helped expose them to campus life. They eat in Peirce Hall and live in McBride Residence Hall. Weber said about 60 former Young Writers typically go on to apply to Kenyon each year.

Louisa Izydorczak, 17, of Buffalo, New York, came to Young Writers to improve her creative nonfiction and poetry writing. She said the workshop will help prepare her for any job since writing is important in all careers.

“I’ve never really been forced to write every day for two weeks, so hopefully once I leave, I’ll be writing a lot more,” she said. 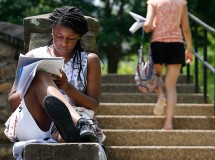 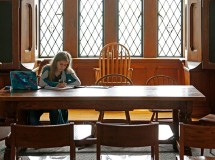 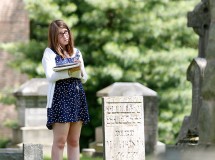