Philander’s Phling, a dance borne out of student ingenuity that lived for more than two decades, is coming back to campus after a hiatus of several years.

The event at 9 p.m. Saturday, Feb. 6, in Thomas Hall, also known as the “new side” of the Peirce Hall servery, is paid for by Kenyon’s Phebruary Phunds, designed to support non-alcoholic student social activities that fight the winter blues.

Trevor Kirby ’16, senior class president from Ventura, California, and Sam Clougher ’17, junior class president from Dublin, Ireland, appealed to the Phebruary Phunds committee on behalf of the dance named after Kenyon founder Philander Chase. “The committee was very excited about it, so they gave us the green light,” Kirby said. “It was, in a sense, perfect timing. It gave us the ability to continue a tradition that has been lost for a few years.”

Kirby hopes that this year’s dance will be attended as widely as Senior Soiree, a semi-formal reception that is another Kenyon tradition. “Soiree was so successful, being as simple as it was,” he said. “So I think as we move into reinstituting this tradition, it’s important to remember why we have it and that’s because it’s Kenyon.”

The dance, started in 1991, was in many years a larger-than-life, all-campus party featuring over-the-top décor, activities and entertainment. If you were to pick up a yearbook from 2007, for example, you might find photos that show the Kenyon Athletic Center transformed into a medieval castle complete with drawbridge. Other themes included “A Night at the OK Corral” with a mechanical bull, “Midnight Masquerade” with seven bands and the inaugural approach of casino night with hot tubs and limousines.

Though this year’s Phling will be more subtle in its execution with white string lights decorating the dining hall, planning committee members Emily Smul ’16 of New York City and Emily Levi-D’Ancona ’16 of Memphis, Tennessee, are taking pages from past committees’ books, literally. The duo plans to base the decorations on photos and mementos found in the Greenslade Special Collections and Archives. They will incorporate their finds into an interactive photo backdrop that pays homage to Phling history.

For Smul, transforming Peirce Hall — a routine place in every student’s day — into a venue fit for an event like Philander’s Phling is a welcome challenge. “That’s what I’m most looking forward to — showing people this space in cool and exciting ways,” she said.

To promote a safe and welcoming atmosphere for students from every class and to avoid the increased level of student intoxication that led to the decline of Phling, organizers are hiring a campus safety officer to remain on the premises and are maintaining a non-alcoholic environment.

The event would need sustained student leadership to have a chance of returning in future years.

Kim Blank, associate director of student activities, is a member of the Phebruary Phunds committee and was involved in the decision to fund this year’s dance. “Large events such as Philander's Phling are costly and labor intensive for the many student volunteers who dedicate the time to hosting a fun, safe event,” she said. “Continued success of these large-scale events is largely dependent on those student leaders.”

Levi-D’Ancona is glad to be involved in restarting the dance. “I think it’s cool to be a part of the committee that’s bringing back this tradition that we’ve always heard so much about from our older peers, but have never really experienced,” she said. “Hopefully it will continue in the future.” 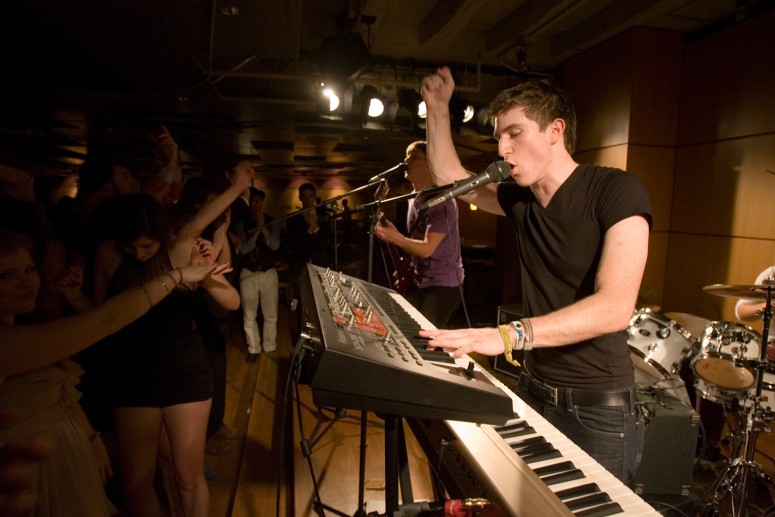 Walk the Moon, including Nick Petricca '09, entertains students during the 2009 Phling. 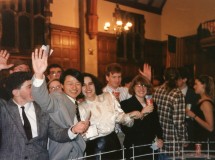 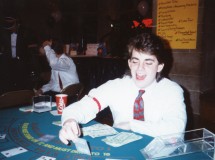