It’s finally time to get those wisdom teeth pulled — or have that knee surgery you’ve been putting off, or find a hospital where you want to start your family. You turn to your friends and relatives for advice on where you should seek your medical care. But how much weight do you actually place on their opinions?

That’s a question Justin Clark ’19 explored this summer through a research project with Associate Professor of Economics Jaret Treber. Clark, a mathematics major from Rochester, New York, examined how much influence people’s social networks — their family, friends, neighbors and co-workers — have on where a patient decides to seek health care for elective procedures. Clark hopes his work will provide more clues into how people make health care decisions — information that could eventually help health care providers better allocate their resources.

“Justin was really enthused by this research idea as it allowed him to combine his interests in economics and mathematics,” Treber said. “He also liked that it may have potentially important implications regarding access to hospitals. For example, if social networks have a strong influence on hospital choice and people in rural areas are biased toward urban hospitals, then having rural hospitals may be less important than one might expect.”

Clark and Treber reviewed existing research of factors that play into people’s decisions on where to go for elective procedures: a previous experience with a hospital, a hospital’s quality, and a hospital’s rates of readmission or mortality. Building on that research, they hypothesized that someone’s social network and peer influence also were important determinants of hospital choice.

“If you’re in Ohio, and you’re thinking about getting cancer treatment at the Cleveland Clinic or maybe at the Wexner Medical Center in Columbus, we hypothesize that choosing between those alternatives can come down to thinking about what your friends and family tell you about those places,” Clark explained.

Clark, who conducted his research through the Kenyon Summer Scholars program, combined insights from mathematics, computer science and economics to build on existing work examining social networks and their influence on behavior. After spending the summer developing his theory, he planned to dive into more statistical research this fall to see if his predictions held true when tested by empirical data under different conditions, such as geographic location.

“One of the really cool things about Ohio as a place to do this kind of work is that it’s really a microcosm of the whole country. You have places like Cleveland, Columbus and Cincinnati, which are relatively urban, and then very rural places like Knox County,” Clark said. “It allows us to do that kind of comparative thinking in a way that’s very local.”

Clark appreciated the mentorship Treber gave him throughout their research process, and he expects this summer’s experience will prepare him well for an eventual career in public policy and finance or for graduate studies in economics. 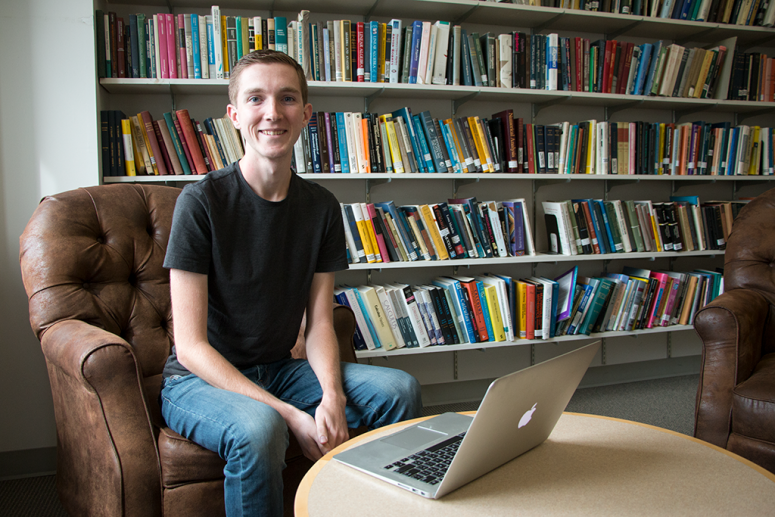