Professor of Mathematics Carol Schumacher is famous among her students for her generous office hours. Her devotion to Kenyon’s math department has led her to serve three times as its chair. She has even been known to crochet models of hyperbolic plane surfaces to give her students physical aids for her lessons.

Just don’t count on her for her drawing skills.

Schumacher’s sketching ability was put to the test this semester during her “Calculus III” class, a multivariable course that involves three-dimensional visualization. She practiced drawing the three-dimensional models before demonstrating them in class, warning her students about her artistic challenges.

“I told them, I want you to know this is really hard for me. It’s not my comfort zone. I spent all yesterday afternoon practicing drawing these pictures so you could do it. They were looking at me like, ‘What the hell is she talking about?’” Schumacher remembered. “Later on I was doing another example, and I drew this picture, and they literally laughed out loud.”

“I think it’s good for us to model that not everything is easy for everybody,” she added. “We have different things that challenge us, and we have to be willing to throw ourselves out there and do things that are not in our comfort zone.”

Schumacher’s inspiring (and at times humorous) teaching has been recognized by the Mathematical Association of America (MAA) Ohio Section, which recently honored her with its Award for Distinguished College or University Teaching of Mathematics. The award is given annually to an extraordinary college or university professor who has taught mathematical sciences for at least seven years. Schumacher was presented with her award at the MAA Ohio Section’s conference, held earlier this spring at Sinclair Community College in Dayton, Ohio.

“Her meticulous work in the classroom has been beneficial for not only our students, but numerous colleagues,” said Brad Hartlaub, professor of mathematics and statistics, who was among the faculty members nominating Schumacher. “She is a fantastic mentor.”

Former students praised Schumacher in letters supporting her nomination for the award, applauding her one-on-one teaching style and her remarkable availability outside the classroom.

“She makes herself highly available to students outside of class, always happy to walk them through the finer points of a concept or argument,” a former student wrote. “As long as a student shows a desire to understand and a willingness to work, Professor Schumacher will take as much time as needed to help. I definitely spent a solid amount of time sketching out proofs on the whiteboard in her office.”

Her work to boost mathematical education extends beyond Kenyon’s classrooms; she has influenced math instructors across the country through her work with the MAA’s Project NExT (New Experiences in Teaching), a professional development program for mathematicians embarking on academic careers.  Schumacher also is the author of two textbooks: “Closer and Closer: Introducing Real Analysis,” and “Chapter Zero: Fundamental Notions of Abstract Mathematics.” 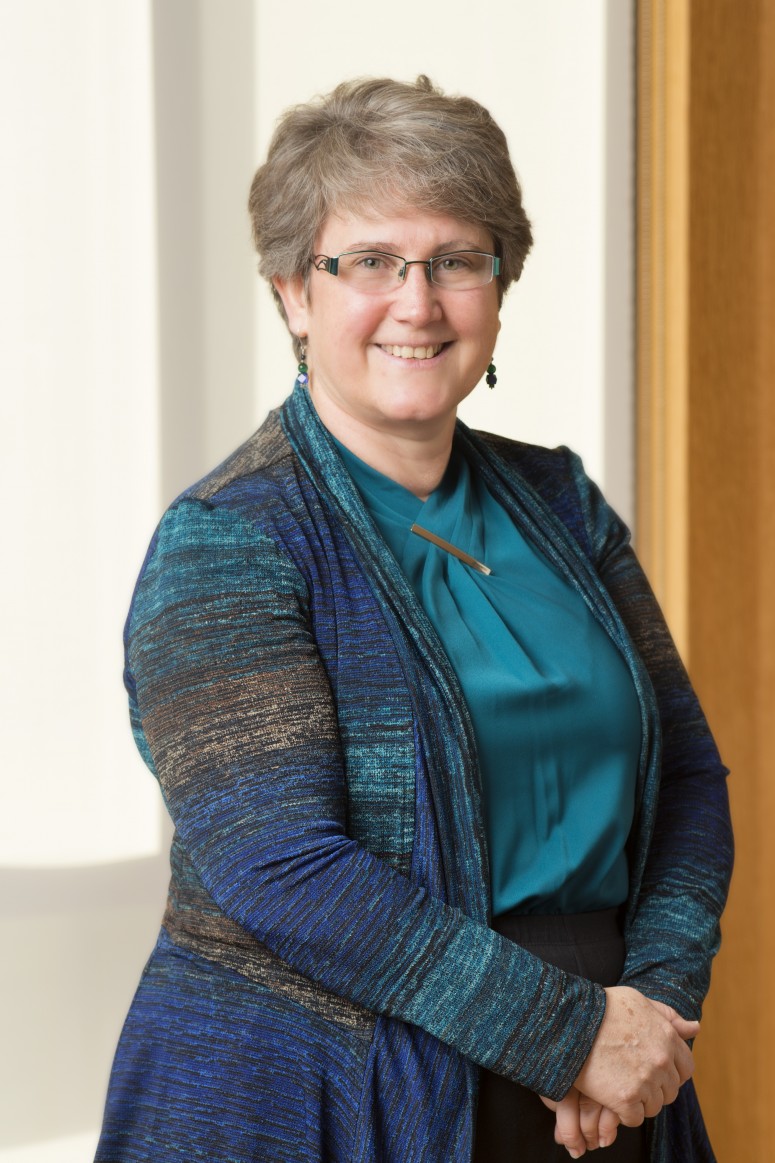