For the second consecutive season, the Lords soccer team made a deep run through the NCAA Division III tournament. The postseason stretch capped a 2014 schedule stuffed with impressive accomplishments, record-breaking performances, a title-clinching victory and a steady stream of both team and individual accolades.

Ranked as high as No. 2 in the nation, the Lords gained the right to host the first four rounds of the national tournament. They handled Heidelberg University with ease in the first round and then won a penalty kick shootout to get by Thomas More College in the second round. That win pushed the Kenyon men into the tournament’s round of 16, where they eventually bowed out with a loss to conference rival Ohio Wesleyan University.

Prior to leaping on the national stage, the Lords defeated the same Battling Bishops from Ohio Wesleyan in the championship game of the North Coast Athletic Conference (NCAC) tournament. The tournament title was a first for Kenyon, which ended up finishing the season with an 18-2-2 record. That win total was second only to the Lords’ 1990 team, which notched 19 victories.

Sam Justice ’15 was one of five Kenyon players named to the All-NCAC first team and was tabbed the NCAC Defensive Player of the Year. Additionally, Justice and fellow seniors Grant Carney ’15 and Rei Mitsuyama ’15 were named to the Capital One Academic All-District VII team. Justice and Carney were then selected for the Academic All-America team, becoming the first two players in program history to earn the elite recognition. 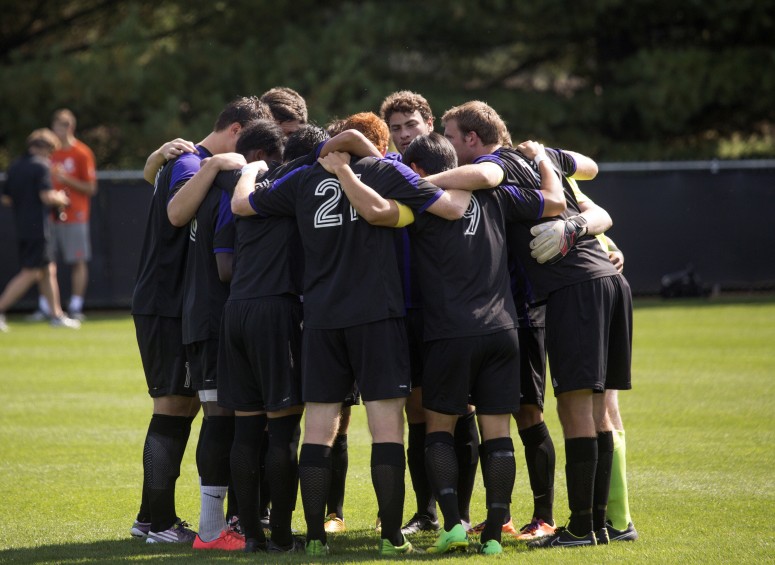