It may come as a shock to many, but in my short time at Kenyon so far as a first-year, I’ve come to an important realization: Gambier is nothing like my hometown of Memphis. There are no late nights on Beale Street, no impromptu lunches in Midtown. I haven’t smelled barbecue since I arrived here. And — most of all — I’m still struggling to cope with the severe lack of sweet tea. Not to say that the lack of these things makes Kenyon bad — it’s just that missing home can be a bit hard.

In my first month on campus, I found myself torn between two worlds: that of Gambier and that of home. I was in awe of the former — I couldn’t believe that I was here, that college had finally come, that I was surrounded by eccentric people and new traditions. Sometimes I would walk down Middle Path and realize I was smiling without knowing it, ecstatic and appreciative of where I was. But my heart ached for the latter — I missed my family, my friends, my dogs. Inside jokes I would make back home fell flat to new faces here; I lacked people to hug. As extroverted as I am, meeting new people at every turn drained me every night, and I slept like a brick whenever I made it to bed. What has anchored my time here at Kenyon, however, is a place known to many and loved by few, a building ridiculed for its “stale” architecture in the face of a sleeker, newer Kenyon: Gund Commons — or, as my friends and I call it, “The C.”

There’s a long-standing confusion between three buildings on campus, all named for different members of the same philanthropic family: the Gund Gallery, Gund Residence Hall and Gund Commons. Simply saying, “Do you wanna go to Gund?” doesn’t cut it anymore, so one day I decided to nickname Gund Commons to clear up any confusion. I chose “The C” because every other commons at every other college is called “the commons”; I wanted it to feel like it was our place.

The C is the center of Kenyon to me, especially because I live in McBride, a first-year dorm right next to it. I study there with friends; I go there to procrastinate. I spend early mornings and late nights there. My friends and I have had movie marathons, conversations on morality, and card game nights all on that iconic beige sectional next to the pool table. We play foosball religiously, and it’s rare not to hear our cheers and smack talk echoing in the gameroom on any given night. We’ve even taken post-class naps together there. My friends and I spend more time in The C than our own dorms, and it’s become such a natural home that we go there without texting each other because we know that, eventually, we’ll all end up at The C.

I firmly believe that the key to adjusting to a new environment — whether it be temporary or permanent — is not simply the people you meet or the attitude you have. I believe that finding a place to call home, a place you can claim as yours, makes all the difference. The C is home for me now. 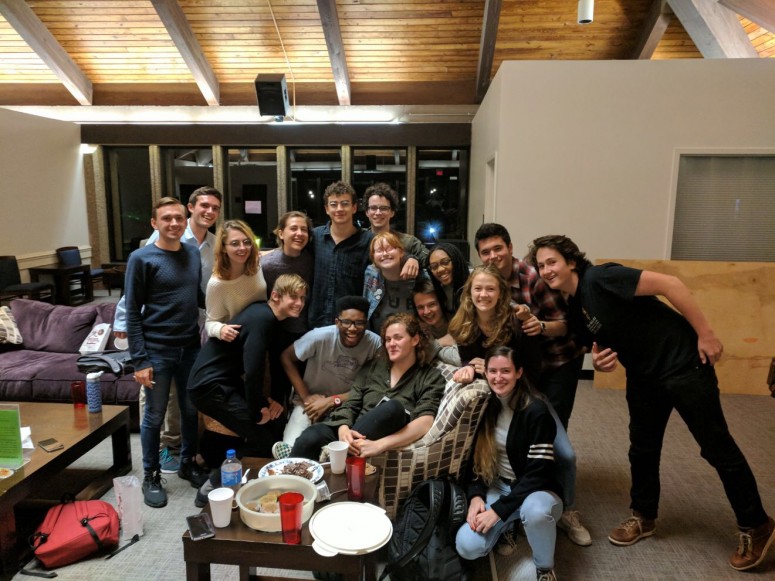