Editor’s note: This story was originally published on Feb. 29, 2016, and has been updated.

For Kenyon students, leap day means an extra day of soaking in the beauty of the Hill and the wisdom of faculty members. For 14 alumni and two current students, it is a chance to celebrate the actual day of their birth. And for Professor of Mathematics Bob Milnikel, Feb. 29 marks his 8th Leap Day Recital, when he and other musicians across campus dust off their instruments for a special quadrennial concert.

But what significance does this day have for the liberal arts? Kenyon faculty members share some facts about the meaning of leap days in their disciplines.

The need for leap days stems from the movement of the Earth, which takes just over 365 days to make a full revolution around the sun. Leap days help the Earth catch up with these extra hours of revolution, preventing a delay in the seasons.

“Over the centuries, this tardiness would have led to the months and seasons not lining up and, most importantly, a very difficult way to deal with agricultural needs,” said Tom Giblin, associate professor of physics.

But, Giblin added, “the story in physics doesn’t end there.”

The Gregorian calendar additionally makes up this difference by skipping three leap years out of every four centuries, said Professor of Mathematics Bob Milnikel. The last “skipped” leap year was 1900, and the next one will occur in 2100.

The addition of a leap day to the calendar first was mandated by Julius Caesar in 46 B.C., according to Professor of Classics Adam Serfass.

“At that time, Caesar was consolidating his power in Rome,” Serfass said. “By adjusting the calendar, he was asserting authority over time itself.”

Caesar’s grandnephew Augustus carried on the tradition, ensuring that leap days were added to the calendar every four years — a cycle that now has been observed for more than 2,000 years.

Leap day was not always held on Feb. 29. In the Julian calendar, “bissextus,” the day used to make up the extra six hours in the solar year, was held the day after the sixth day before March, on Feb. 25. The switch to Feb. 29 was made in modern times and caused some problems with the celebration of saints’ feasts, said Royal Rhodes, the Donald L. Rogan Professor of Religious Studies Emeritus.

“St. John Cassian is celebrated by the Orthodox Church on Feb. 29, but not on Feb. 28 in other years, reputedly as punishment for delaying when other saints went to Christ to ask for work,” Rhodes said.

Added Rhodes, “Calendars are such wonderful windows into culture, both ancient and modern. Time is the original and most fascinating creation.”

The Economics of Leap Days

Leap years can have both positive and negative effects for the workforce. Associate Professor of Economics PJ Glandon notes that for salaried workers who are paid monthly, leap day means an extra day of work with no additional pay. But for fixed monthly costs such as rent and Netflix fees, people get an extra day of use without paying more.

Glandon, observing that leap days fall during presidential election years, theorizes that the day can serve a useful purpose.

“My hypothesis: The extra day worth of productive work is more than offset by all of the time people waste paying attention to the presidential race,” Glandon said. 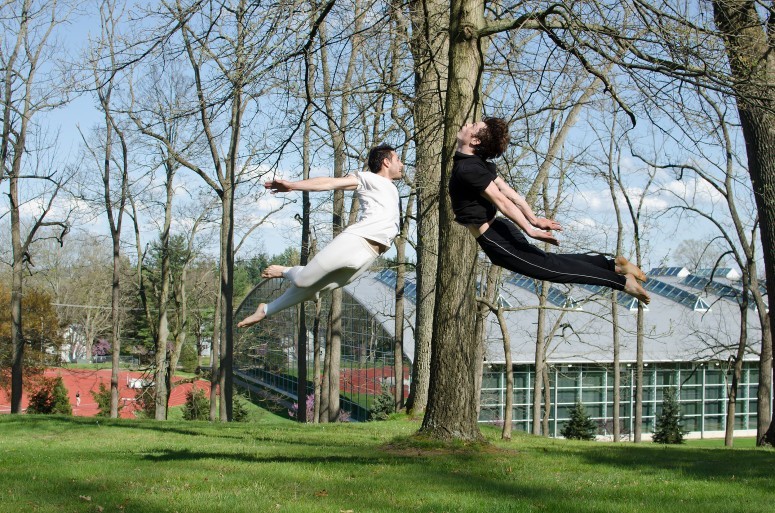 Matthew Davis ’12 (right) and Adrian Galvin ’12, founders of the dance collective boomerang, perform one of their hallmark leaping motions.