Helen Forman, longtime College bookstore employee and daughter and mother of Kenyon pioneers, died Saturday, Sept. 12, 2015, at her home in Gambier.  She was ninety-three.

Born on January 17, 1922, Helen Elizabeth Ransom was the first child and only daughter of Robb Reavill Ransom and John Crowe Ransom.  When her father, a renowned poet and professor at Vanderbilt University, accepted a position at Kenyon as a faculty member and as founding editor of a new literary magazine, Helen came to Gambier with her family. Her initial stay in the village was brief though, because, at 16, she was about to enroll at Wellesley College.

Helen’s stay at Wellesley was also brief, due to the proverbial unintended destruction of a chemistry laboratory. She moved on to Vanderbilt and graduated in 1944. She also met Oliver Duane Forman, a medical student at the university who would become her husband.

Helen and Duane married in Gambier in 1945, at a wedding where many of the gifts turned out to be ration coupons. They spent most of their married life in Baton Rouge, Louisiana, where he became a successful neurosurgeon.  The couple divorced in 1967, and Duane died two years later.

In 1969, Helen moved to Gambier to live with her by then elderly parents. Coincidentally, her younger daughter, Elizabeth Ransom Forman ’73, was about to begin her freshman year at Kenyon’s new Coordinate College for Women. In short order, both Helen and Liz became legends in the Gambier community for their intellect, warmth and ability to throw a memorable party.

During Liz’s senior year at Kenyon, Helen took a job at the College bookstore. She worked there for 20 years, widely known for her ability to comment knowledgeably on just about every book that passed over her counter. Alumni and coworkers alike remember her for her crossword puzzles (worked with consummate skill), her drawings (reminiscent of the work of the New Yorker’s Roz Chast) and her stories (not all of them printable).

“For years, Helen faithfully arrived at noon to relieve the cashier for a lunch break,” remembers Joan Heiser P’87, who worked alongside Helen. “If there was a sign needed somewhere in the bookstore, Helen was the go-to person. Her artistic talent and her witty rhymes brought smiles to customers' faces.

“Helen always had a funny story or a joke to share with the employees,” Heiser said.  “My favorite story was about creating a life-sized Halloween witch for her daughter Liz’s fifth-grade class. Helen and Duane built an iron frame, but she decided, at the last minute, that it needed to be padded. Kotex seemed like the perfect stuffing, so her husband was dispatched to the pharmacy to buy multiple boxes. After he had made several trips to the drug store to buy more tampons, Dr. Forman was asked by the pharmacist if his patient was still mobile.”

Like her mother, Helen was an avid bridge player; like her father, she was a talented poet. The latter was demonstrated a few years ago when a set of her unsigned poems was discovered among some of her father’s unpublished works. Several of her poems, mistakenly attributed to her father, were printed in the Michigan Quarterly Review, and one was chosen by poet Heather McHugh for the anthology “The Best American Poetry 2007.” The selected poem, “Daily,” was identified as Helen’s work by her grandson Charles Stephen Dew, a poet in his own right, and published under her name in the anthology.

Helen was especially adept at poetry that allowed her to show off her lightning (and often ribald) wit, such as the limericks and other light verse she wrote as place cards for the celebrated dinners she and Liz hosted. For instance: “Like Burbank, who’s a garden star?/Who’s Bleistein, with a big cigar?/Who travels much but makes his bed in Gambier Town?/It’s Mister Fred!” Kluge, that is.

“Helen Forman, full of wit and fun, hilarious limericks, and award-winning poems, was also a living link to the glory days of the College's literary tradition in the 1940s and 50s,” said David Lynn ’76, David Banks Editor of the Kenyon Review and professor of English.  “The word-game parties presided over by Helen and Liz were the source of vibrant community fun for many years.”

Those parties could be ferociously competitive – as participants can attest.  “Mom was not above going into an evening gunning for specific guests,” Liz notes.

“Helen Forman was one of a kind,” said Ted Walch ’63, a longtime friend who is a teacher and director at the Harvard-Westlake School in Los Angeles. “Fiercely idiosyncratic and fiendishly intelligent, she was not only the daughter of a poet, she was herself a poet — on paper, in person and in life. Words mattered to her. Friends mattered to her.  She will be sorely missed.  A piece of Gambier and its rich history dies with her.”

In fact, Helen not only wrote poetry and published it – in such venues as the Kenyon Review, to which it was submitted anonymously, and the Partisan Review – but also inspired it. Her daughter Liz and others have long been convinced that Helen inspired one of her father’s most anthologized poems, the haunting “Janet Waking” with its “transmogrifying bee.”  Helen, typically not wanting to draw attention to herself, denied any involvement.

Helen is survived by daughters Liz Forman, a retired senior associate director of admissions at the College, and Robb Forman Dew H’07, an acclaimed novelist and nonfiction writer; grandsons Charles Stephen Dew and John “Jack” Dew; and a brother, John James “Jack” Ransom. She was preceded in death by another brother, Reavill Ransom.

A gathering for the celebration of Helen’s life will be scheduled at a later date.  Memorial contributions may be made to the Kenyon Review, Finn House, 102 West Wiggin St., Kenyon College, Gambier, Ohio 43022-9623, or online at kenyonreview.org. 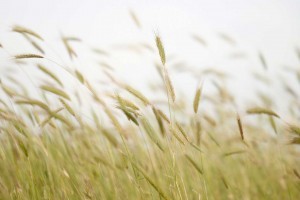