Galbraith “Gal” Crump, a member of the English faculty for 25 years and a former editor of the Kenyon Review, died on Saturday, July 12, at his home in Charlottesville, Virginia. He was 84.

Born in Elizabeth, New Jersey, in 1929, Galbraith Miller Crump was one of two children of artists Alice Miller Crump and William Leslie Crump. Gal and his sister, Joan Leslie Crump, grew up in Cranford, New Jersey, where their mother became known for her portraits and their father produced covers for Boys Life and other magazines and directed community theatricals.  Also a writer, William Leslie Crump published Conscript 2989, Experiences of a Drafted Man, which detailed his World War I service in Europe, and Directing for the Amateur Stage.

Gal earned his bachelor’s at Hamilton College, a master’s at Reading University, England, and a doctorate at St. John’s College of Oxford University.  A specialist in the works of William Shakespeare and John Milton and other English literature of the sixteenth- and seventeenth-centuries, he joined the Kenyon faculty in 1965. He held the John Crowe Ransom Professorship in English, as the first incumbent, from 1988 to 1990.

“Gal Crump was a sweet, witty, brilliant professor, and a human being who noticed the small details of a student’s life – enough to make a profound difference,” said David Lynn ’76 P’14, an English major who went on to become a professor of English and is now the editor of the Kenyon Review. “His Shakespeare class conveyed his own passions, his deep insights. But only decades later did I realize that he’d also been planting little seeds just under my skin – I wasn’t ready for them at 20 and 22. Seeing Lear or Antony and Cleopatra in my forties and fifties, though, I came to feel those seeds flower within, releasing a richness in my appreciation of Shakespeare that I couldn’t have imagined earlier.”

In 1982, Gal and his English-department colleague Philip D. Church took on the editorship of the “New Series” of the Kenyon Review from fellow faculty members Ronald A. Sharp and Frederick Turner. Lynn refers to all as being “among the visionaries who sparked enthusiasm for a revival of the Review” and to their editorships as “a period of creativity and achievement.” In 1987, Gal and Phil Church turned over editorial duties to yet another departmental colleague, Terry Hummer.

Gal retired from the College in 1990. At that year’s Honors Day Convocation, he was awarded an honorary doctorate in humane letters, presented by Adele Davidson ’75, a then-new member of the faculty who had been one of his students. Her citation read, in part, “From the bounty of your luminous intellect, you have delivered a golden world rich in mythic meaning and deep metaphor. As an adventurous explorer of the immeasurable human imagination, you have taught and thought globally, holding class with equal ease in Canada and Kalymnos, Exeter and Aix-en-Provence. A painter’s eye, a generous and gracious heart, and an agile mind quickening with creative wit have sustained your lifelong cultured eloquence.”

“It goes without saying that I would not be who I am, either personally or professionally, without Gal’s caring help, guidance, mentoring, and friendship,” Davidson said on learning of his passing. “My overwhelming sense of loss is itself overwhelmed by my deep feelings of gratefulness for his life, so well and so generously lived.”

Among Gal’s many publications were Poems and Translations of Thomas Stanley (editor, 1962); Poems of Affairs of States, 1685-88, Volume IV (editor, 1968); Twentieth Century Interpretations of Samson Agonistes (editor, 1968); The Mystical Design of Paradise Lost (1975); and Approaches to Teaching Milton’s Paradise Lost (editor, 1986). He published the well-received memoir A Slant of Light in 2009, following the death of his wife, and an e-novel, Dido’s Sister, in 2012.

Longtime residents of Kokosing, the 1860s house at the end of Kokosing Drive also known as the Bishop’s Mansion (for original occupant Gregory Thurston Bedell, third Episcopal bishop of Ohio), the Crumps were regarded as gracious hosts. Still the stuff of Gambier legend are their St. Lucy’s Day celebrations, complete with candlelit headdresses, and marathon charades parties with costumes drawn from an old theatrical trunk. According to legend, and the family’s own observations, the Crumps coexisted in Kokosing with what Gal termed a “benign” female ghost.

“I remember Gal’s benevolent skepticism when I lived above them in the apartment they had made of the second floor of their house – after Gal had mobility issues and their sons had grown up – and I told him I had had a squirrel in the house,” said Davidson. “He asked where I had seen the squirrel, and I mentioned the cabinet under the sink. Gal went up and checked, opened the cabinet, and the squirrel came and poked his head out, very friendly.  Needless to say, Gal got right on it – with have-a-heart traps.”

The Crumps for many years maintained a second home in the small town of Topsham, Devon, England.  “Gal was an early leader of the Kenyon-Exeter Program, directing the program on three different occasions,” recalled Lynn, who spent the 1992-93 academic year living in the Crumps’ seventeenth-century fisherman’s house with his wife, Wendy Singer P’14, now the Roy T. Wortman Distinguished Professor of History, and their infant son, Aaron ’14.  “Gal formed an early and profound attachment to Topsham, a historic village on the River Exe. Generations of English department faculty members have chosen to live in Topsham while in Devon, following the Crumps’ lead in this, as so much else.”

A memorial service is scheduled for 11 a.m. on Monday, July 21, at St. Paul’s Memorial Church, 1700 University Ave. in Charlottesville. The family requests that there be no flowers at the service. He is survived by sons Andrew Crump, Patrick Crump, Timothy Crump, and Nicholas Crump; daughters-in-law; a number of grandchildren; and his sister, Joan Crump Hanlon.  A fifth son, Ian Matthew Crump, died in a traffic accident in 2003. 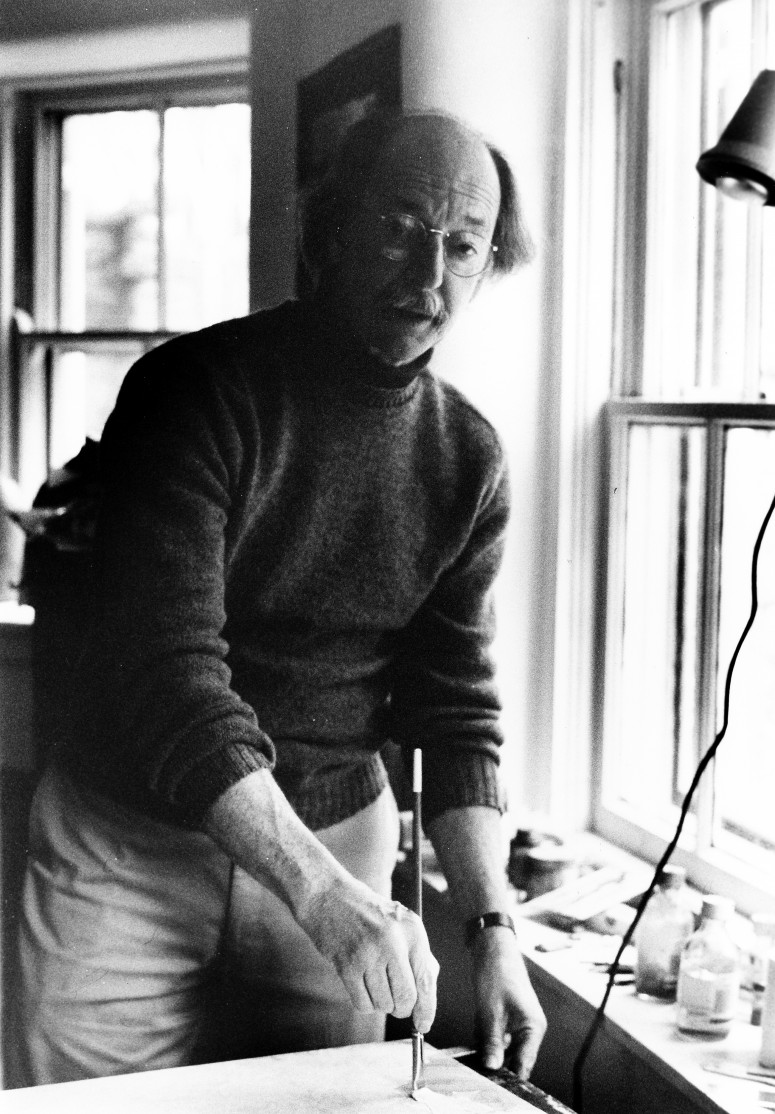