This year marks the 100th anniversary of the first jazz recording — a 1917 record by the Original Dixieland Jazz Band — and jazz groups at Kenyon are celebrating with a noteworthy slate of performances.

A newly formed Kenyon Jazz Faculty Combo will give a special performance Saturday, Jan. 28, at 7 p.m. in Rosse Hall. The group of seven musicians from Kenyon’s Department of Music will play, from start to finish, “Kind of Blue,” the 1959 album by Miles Davis. The album, the best-selling jazz recording ever, ranks 12th on Rolling Stone’s 2012 list of the 500 greatest albums of all time.

“Jazz has always been about learning by listening to the masters — and you don’t get much more of a masterpiece than ‘Kind of Blue.’ It’s the classic jazz album,” said Professor of Music Ted Buehrer ’91, who plays trumpet in the combo.

The Rosse Hall performance will be the first campus engagement for the combo, which also played a gig at Dick’s Den in Columbus earlier this month.

The celebration of jazz doesn’t miss a beat with a performance by the Kenyon Jazz Ensemble, under Buehrer’s direction, on Saturday, Feb. 4, at 8 p.m. in Peirce Pub. The ensemble will play a variety of swing and contemporary hits that will, Buehrer hopes, draw audience members to the dance floor.

“Jazz music was originally designed as dance music,” Buehrer said. “I thought it would be good for the students to experience what that would be like, to play and have people be actively engaged with it.”

Among the songs the ensemble will perform are “Shiny Stockings,” made popular by the Basie Orchestra in the 1950s; “Perdido,” by Duke Ellington; “Big Swing Face,” by the Buddy Rich Band; and “Roll Em,” written by Mary Lou Williams and originally performed by the Benny Goodman Orchestra. The ensemble includes both students and community members.

Both performances are free and open to the public. 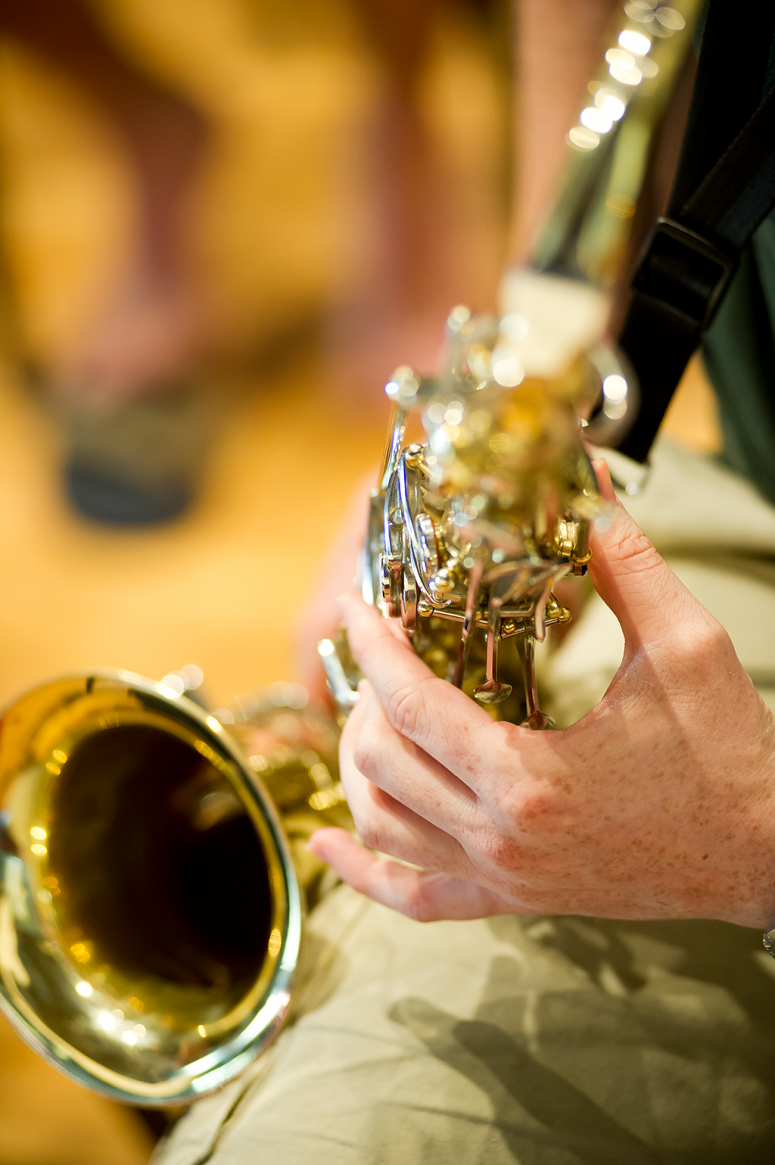