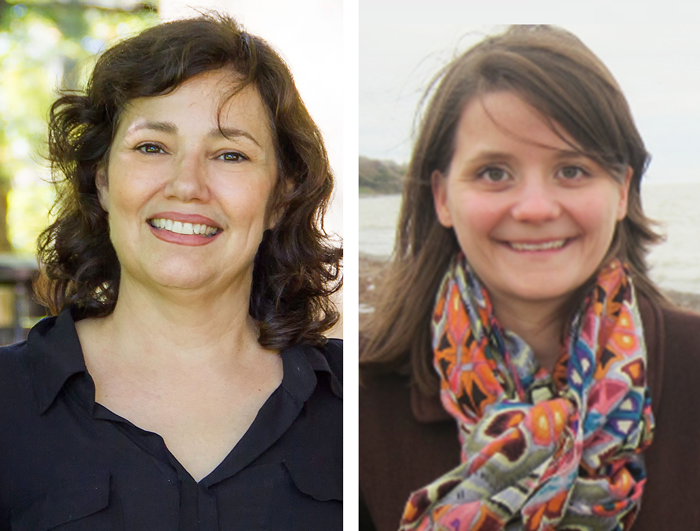 Román-Odio, who came to Kenyon in 1993, specializes in Latin American literature of the late 20th century and the cultural productions of the borderlands. She also directs Kenyon’s Latino/a studies program and founder of the Latinos in Rural America program, a public humanities designed to broaden knowledge and understanding of the Latino/a experience in rural Ohio. In addition to introductory and advanced Spanish language classes, Román-Odio teaches courses such as “The Literature of National Experience in Mexico” and “Transnational Feminisms.” She earned her doctorate at the University of North Carolina at Chapel Hill.

A 2016 graduate wrote that her “belief in the value of community-based learning and mentorship has been nurtured by Professor Román-Odio,” and that “her feedback has helped me develop into a proud Chicana scholar.” Another alumna wrote that Román-Odio’s “teaching and support has made my Kenyon experience truly extraordinary,” and that she “challenged me to apply my academic background to tackle real-life issues in our community while still on the Hill. The experience of using my Kenyon education to impact the lives of young Latino/as in Mount Vernon has been undoubtedly the most important academic experience I have had while at Kenyon.”

McAllister’s research focuses on how international criminal tribunals impact violence against civilians and negotiations of peace, and she will spend the next academic year continuing her research in Europe with the help of a Fulbright U.S. Scholar Program grant. At Kenyon, McAllister teaches courses including “International Relations,” “Civil Wars and Failed States” and “Human Rights in World Politics.” A graduate of Wellesley College, McAllister received her doctorate in political science from Northwestern University.

“Professor McAllister is an inspiration,” wrote one sophomore student. A senior political science major claimed McAllister had “singlehandedly transformed [his] perspective on international politics,” and a student-athlete noted that McAllister “even attended some of my games to show support for myself, my teammates and the Kenyon community as a whole.” He concluded, “I will carry her lessons about how to write succinctly and effectively with me for the rest of my life.”

The highest honor for a Kenyon student, the E. Malcolm Anderson Cup, was awarded to Sam Clougher ’17, an economics and history double major from Dublin, Ireland. The cup is awarded to the student who is considered to have contributed the most to the College during the previous academic year. In addition to serving as the captain of the highly successful Lords soccer team, Clougher is the senior class president, meaning he will introduce graduation speaker Shaka Smart ’99 at Kenyon’s 189th Commencement on May 20.

Olmstead, whose honorary doctorate of laws was presented posthumously, was a history major and a member of the College’s Air Force Reserve Officer Training Corps. In 1960, he became a player in one of the key dramas of the Cold War after being shot down by the Soviet military in the Barents Sea. After being imprisoned for seven months, Olmstead and a fellow officer were released, and Olmstead continued his career, eventually serving as air attaché at the U.S. Embassy in Copenhagen, Denmark. He died last October. Sam Clougher '17 poses with the Anderson Cup and Vice President for Student Affairs Meredith Harper Bonham '92, who presented the award.