This review of "The Fault in Our Stars" first ran in the Spring 2012 issue of the Bulletin.

First, of course, there are the novels—witty, articulate, touching, immensely popular.

Then there's “vlogbrothers,” the ebullient YouTube video blog that has drawn more than 200 million views since it launched in 2007. There are the Twitter posts, with over a million followers. And the Foundation to Decrease World Suck. And, of course, “nerdfighters,” an unseriously serious mass movement of readers, fans, and kindred spirits devoted to the idea of young people being intellectually engaged.

It's all John Green.

John Green '00, a history and religious studies major at Kenyon, reaches his audience through what might be called polymorphous creativity. The words dance deftly along, on page and screen, always smart and often smart-alecky, but above all filled with intelligence and delight, and delight in intelligence. His readers adore him, and with good reason. He's a virtuoso, brimming over with imagination and good will.

If there is a young-adult reader in your life, you may have discovered John Green when his first novel, Looking for Alaska, came out in 2005. It was followed by An Abundance of Katherines (2006) and Paper Towns (2008). But this year Green is breaking out of the young-adult category as his fourth novel, The Fault in Our Stars, wins acclaim among critics who recommend it for readers of all ages. He has been interviewed on National Public Radio as well as in Entertainment Weekly. A full-page review in Time praised the novel for its brisk pace, sharp prose, humor, and fearlessness in exploring its fraught subject—teenagers suffering from cancer—with powerful authenticity.

The novel's sixteen-year-old narrator, Hazel (Green's first foray into inhabiting a female voice), has thyroid cancer and lungs that keep filling with fluid. At a support group in her home town of Indianapolis, she meets Augustus, or Gus, who has lost a leg to osteosarcoma. These are smart, sardonic kids—funny kids—who banter about everything from “metaphorical resonances” to “cancer perks” like make-a-wish trips.

Living lives shadowed by death but fending off sentimentality, Hazel and Gus fall in love. And Gus joins Hazel in falling in love with a book called An Imperial Affliction (the title is from an Emily Dickinson poem) by a reclusive author who now lives in Amsterdam. A “cancer perk” enables the young couple, with Hazel's mom as chaperone, to track down the writer. Green's novel thus also explores the power and limitations of art.

Through Hazel's voice, The Fault in Our Stars juggles witty observation, the dramas linking teens to one another and their parents, descriptions (of Amsterdam, for example) that are lyrical without being overdone, and unflinching scenes of medical crisis. Looming, always, are the biggest of themes: mortality, fear, love, meaning in the face of oblivion. Green can be subtle in capturing the emotional coloring of moments, as when he has Hazel describing how she and Gus can't quite bring themselves to hang up at the end of a phone call.

“And then the line was quiet but not dead. I almost felt like he was there in my room with me, but in a way it was better, like I was not in my room and he was not in his, but instead we were together in some invisible and tenuous third space that could only be visited on the phone.”

The novel quickly rose to number one on the New York Times bestseller list for children's chapter books. A three-week, seven-city tour sold out auditoriums and drew 11,000 fans. Even months before publication, pre-orders gave it the top spot at both Amazon and Barnes and Noble, thanks to Green's announcement that he would sign the entire first print run.

That willingness to reach out is very much in keeping with Green's tireless enthusiasm, his pleasure in connecting with his readers—and in sharing his intellectual passions along with his personal idiosyncracies. His playful energy lights up cyberspace several times a week on “vlogbrothers,” the quirky, cleverly digressive, and fast-paced—no, lightning-paced—video posts that he and his brother Hank exchange. Topics can range from great books, to honey badgers, to Green's two-year-old son, Henry. Kenyon has popped up as well.

Through the vlog and his Web site (johngreenbooks.com), Green rallies the “nerdfighters”—the term celebrates “nerd culture and nerd rights and intellectualism,” he has said in an interview. He also promotes the Foundation to Decrease World Suck, which, despite the puckish name, actually provides a conduit by which his fans choose charities to support.

The spirit is relentlessly generous. Last February, singing the praises of some Web sites that facilitate sharing and anti-poverty work, he mused, “Someday the Internet might actually become the artistic utopia we all dream about, a place where you can make a living by making things you care about with and for people you care about.”

It's not a bad description of the living that John Green has created. 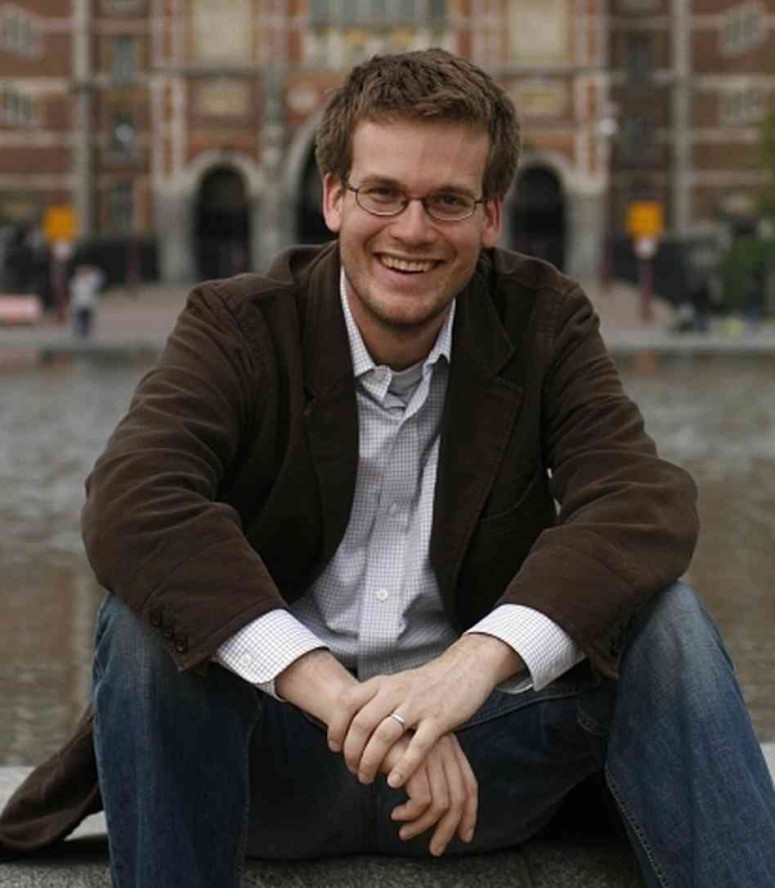